If you are looking for the best VPN in UAE you have come to the right place. In this article we will provide you every information you will need while using VPN in UAE. We will cover every factor you should consider while choosing a VPN , all the risk factors involved in using VPN, laws governing the access of internet and in particular for the VPNs in UAE and of course best VPNs you should use in UAE. It’s a bit lengthy article but it’s worth every word.

You will be better informed person in terms of using VPNs in UAE and also which VPN you should use.

Why do we need VPN in UAE?

United Arab Emirates (UAE) puts heavy censorship in internet. Pornography, Gambling and many other websites having content which is considered politically sensitive or religiously inappropriate including all Israeli domains are banned.

Nearly about every voIP services are blocked including Skype and SIP based services. Even calling features of whatsapp and snapchat has been blocked. They even restrict or block some pages of Wikipedia. If you are the resident of UAE  then you have faced all this restrictions while surfing the internet. Well there is some good news for you. You can easily bypass all this restrictions by using a VPN or Virtual Private Network.

What can a VPN do for you?

VPN gives you the ability to change your IP address. This means you can pretend to be in another country while surfing the net from your home. This opens a whole lot of opportunities as now you can access all the restricted websites and content, you can watch videos specific to any country. VPN provides the encryption and security so that all your personal information is safe. In short VPN gives you the freedom to surf the net without any concerns to your safety and privacy online.

Is VPN legal in UAE?

To be fair there is a lot of confusion around the legality of using VPNs in UAE. Our advice is to exercise caution while using VPNs in UAE. That being said lets dig a little deeper in this matter. Cyber Crime Law that was passed around 2012 appears only to ban the use of VPN in accessing content that is considered to be illegal or inappropriate, which can be pornography , gambling or any anti government or anti-religious content. Since they have been amended and expanded yet fewer VPN providing websites have been banned by the regulatory bodies.

Also a considerable size of population mainly consisting of expats does use voIP services banned by the government using VPNs. It can be seen that large population do use VPNs and though it is illegal in terms of law banning VPNs , punishing VPN users is not strictly implemented.

We will still advice caution and advice you to not compromise with the quality of VPN and choose the best available. That’s why our next section is very important as there we will review 5 best VPN for UAE.

Criteria for using the best VPNs

Considering all the risk factors involved, a VPN must have to satisfy certain criteria in order to be used in UAE.

The criteria we considered for choosing best VPN for UAE includes:

Security is the most important criteria when considering the best VPN for UAE. What type of encryption a vps use, whether or not they provide DNS leak protection and kill switch. Even an instant of data leak can end your anonymity. So the VPN should have latest security features.

A VPN is as good as its logging policy. Any data that is passing through the VPN servers can be catalogued. If the data is stored or catalogued any third party or government can ask for it and a VPN may have to do as they say, which can put you in a lot of trouble. But if no data is stored, a VPN can’t provide any data to any one making it more secure from the users point of view.

Speed is a common issue that most of the VPN user faces. More number of servers means more chance to connect to fast and reliable server. Also it gives you more choices in terms of location as you have more options of accessing country specific content. 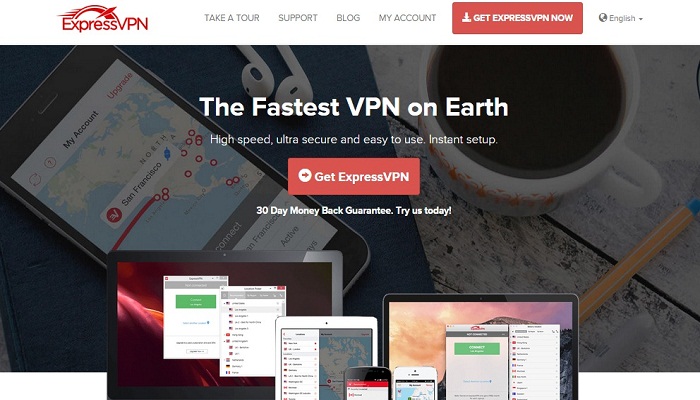 The list for best VPN in UAE can easily end with only Express VPN. You have to search no further. It is the best VPN in UAE. It comes with the AES 256 military grade encryption used by many governments across the world. Express VPN effectively implement DNS leak protection and kill switch ending any possibility of data leak.

Lightening fast speed and zero logging policy makes Express VPN the best choice of VPN to use in UAE. With its own method of obfuscation Express VPN hides even the fact that user is using a VPN. Furthermore express VPN boasts the largest number of servers spread across 94 countries. 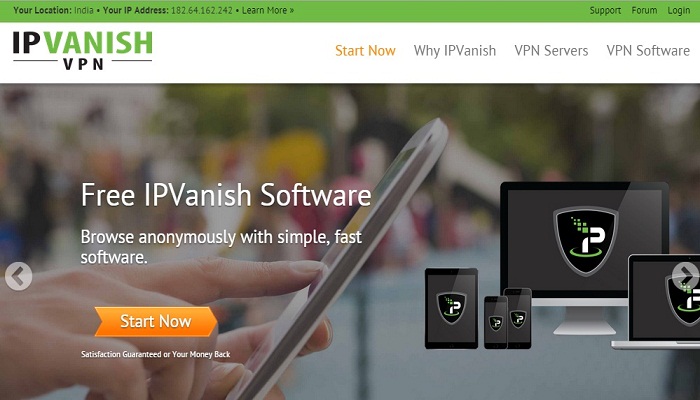 If you want to explore VPNs other than express VPN, we will recommend IP vanish. Ip vanish provides the utmost level of security and privacy with its AES – 256 encryption and no logging policy.

IP vanish has a large number of shared IPs and servers approximately 4000 and the number of server is also very large, nearly about 500 servers distributed on about 60 countries.

Another most recommended feature is that IP vanish implements if obfuscation, which hides the VPN itself. This adds another layer of security above the openVPN protocols.

Customer care is fast with live chat support solving your queries within minutes. All the major platforms are included with apps available for windows, macOS, iOS and android.

Security and privacy are the most important criteria that a VPN must satisfy if it can be safely used in UAE and Vypr VPN is the perfect candidate. Starting with servers , Vypr VPN owns more than 600 servers spread over 70 different countries which gives you lot of different options in terms of ip address. Such a large array of servers and unlimited bandwidth means there is no compromise when it comes to speed and we did find that Vypr VPN has the lightening fast speed.

Vypr VPN has its own stealth technology, which can easily overcome the restrictions put on VPN by some websites including Netflix.

The most amazing feature that Nord VPN boasts is the double encryption technology that it implements throughout its network with 2048 – bit SSL encryption in order to provide the highest level of security to its users.

They have nearly about 1000 servers in over 57 countries making it one of the largest network having VPN, which gives users lightening fast speed and privacy. Zero logging, kill switch and DNS leak protection makes it highly secure and one of the best VPN in UAE.

One of the best features that Nord VPN comes with is that traffic is distributed across its server depending on its type. It means that it will assign different server for different use. If you are streaming HD videos, Nord VPN will connect to the server most suitable for your need. With all security features and privacy features, Nord VPN is a strong contender if you are searching the best VPN in UAE. 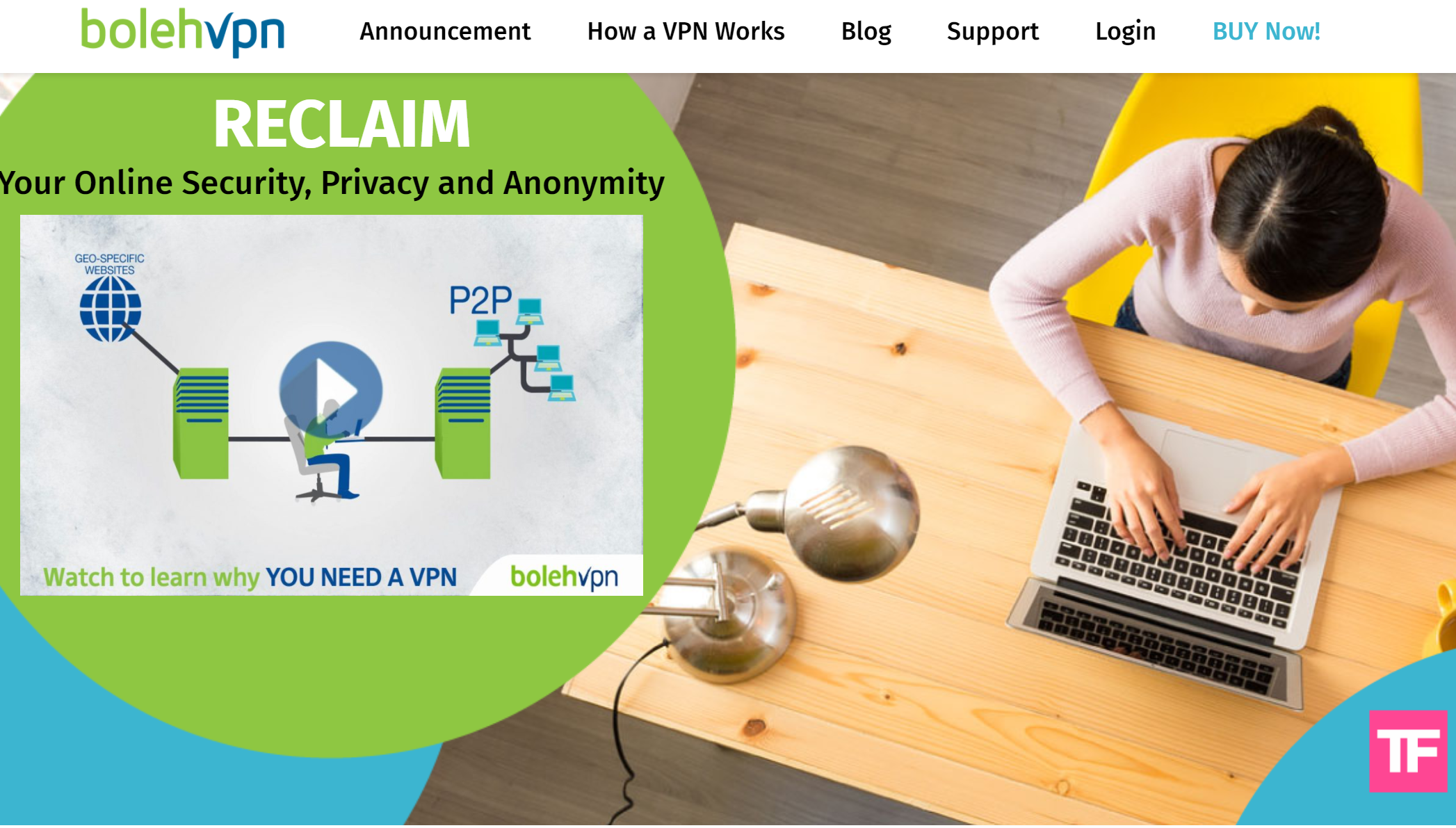 An excellent choice, Boleh VPN comes with all the security features you need to stay safe on internet including kill switch, DNS leak protection and their own highly reliable stealth technology. Privacy policy includes of no logging to nullify any possibility of data storage or any trace back to you.

Servers in 13 countries seem low but they are well placed providing high speed and giving access to blocked contents.
Complete value for money, this VPN is well worth a choice for best VPN in UAE

Customer support is fast and up to the mark. It does not have money back guarantee but do comes with one day free trial period.

A word of Caution

Even a VPN can land you in trouble in UAE, so it is of utmost importance that you should use your VPN in most secure way possible.

Major issues come with speed. Though we have listed some of the fastest VPNs, the encryption use to scramble the data and the distance it has to travel across different servers do decrease speed.

VPNs are not capable of blocking malware which means they cannot protect you from viruses and malware. You should use good quality antivirus software.

They do not make you completely invisible on the internet. Highly skilled hackers can still find you on the internet, but a good quality VPN can make this task extremely difficult.

Over To You : Top Best Cheap VPN in UAE With Pros And Cons

To conclude we can say that we have provided you with all the information that is necessary regarding VPNs that you should know in order to use them safely in UAE bearing in mind that VPNs are technically illegal in UAE and could land you in trouble. All the above mentioned VPNs comes with features that will keep your privacy and anonymity safe on internet. DNS leak protection, kill switch and stealth mode are must and you should never ignore them.

Chose VPN wisely, use them with caution without ignoring the security feature and you will be safe on internet. I hope you like our choice of  Top Best Cheap VPN in UAE.