What is an iOS Emulators?

iOS emulators, an electronic program that allows the computer system to install and run any iOS app or game on your personal computer (PC). Users can easily access the iOS apps and games on their PC same as they run on their Apple devices. Using the emulators and simulators, you can easily run the apps or while developing them.

An emulator can be a hardware or software that enables one’s PC to behave like another computer system. Emulation is a process of running any program or application on many different systems for which that program or application was initially created. Here in this post, we have compiled the list of best and reliable iOS Emulators in 2020.

how to run ios on windows(simulator)

Differences between Emulator and Simulator

Having a similar name, both have some variations.

An emulator is used for accessing the software and applications of a device, it’s just a substitution of an original device. Usually, emulators are used for experiencing the iPhone or an iPad interface without the original device.

On the other hand, a simulator creates an environment which is similar to the original device’s operating system. It is quite faster to launch applications. A simulator is unable to access all the applications and features which results in a difference in working with some or many applications.

As per specifications and due to user-friendly features, for testing of applications, developers and users prefer emulator over simulator.

Smartface is one of most widely used iPhone emulator for Window PC as well as a tester.

Extensively uses by developers to develop cross-platform native iOS apps. It is capable of full debugging which helps the app developer to easily operate with it and make new apps.

Simply, Smartface is one of the best emulators for developers as well as for non-developers at low cost which helps in various ways.

Ipadian is another highly rated iOS emulator for Window PC. It is best for the user who likes to use iPad as its Graphical User Interface ( GUI ) is same as of iPad so the user will experience the taste of actual iOS on Windows.

It is available in both free and paid version. For apps and games, the free version is most preferred.

It’s simple to use: Download and then install the software and an iPad is ready to use with many pre-installed apps with basic apps. Facebook, Photoshop, Safari, Angry Birds etc.

Appetize.io is a popular online iPhone emulator for window PC for developers (also for non-developers) as it is compatible to develop, testing applications and run Android and iOS apps both.

As it’s an online software you won’t need to download any software, the only thing you have to do is – for login to Appetize.io just create a free and upload your app file and its ready to use on your web browser.

Here, you need a simulator build of your app to upload as it doesn’t provide Integrated development environment (IDE).

Initially its free for 100 minutes (only 2 concurrent users) and then charge $0.05 per minute or plans like:

MobiOne Studio is a software that emulates iOS apps as well as it is also a visual designer which allows you to develop apps just like Android SDK works.

As being both (emulator + designer) software, it is easy for beginners to develop an iOS app without much fuss.

Compatible with any (almost every) device.

AIR iPhone is an iPhone simulator which creates a virtual iPhone on your Windows so that you can run iOS applications on Windows.

It is free for your Windows PC, built using the Adobe – Adobe Integrated Runtime framework.

On installation you will get pre-installed apps, installed apps may be limited which you can easily get on actual iPhone.

Generally, for testing purpose of apps, AIR iPhone is NOT used but you can get access to applications which gives you the feel of an actual iPhone on your PC.

Please note: Before using AIR iPhone, you must install Adobe AIR on your system.

iPad Simulator is another popular iOS Emulator for window PC. Its a Google Chrome extension which works as a simulator and it functions as a cloud operating system in the Google Chrome browser. 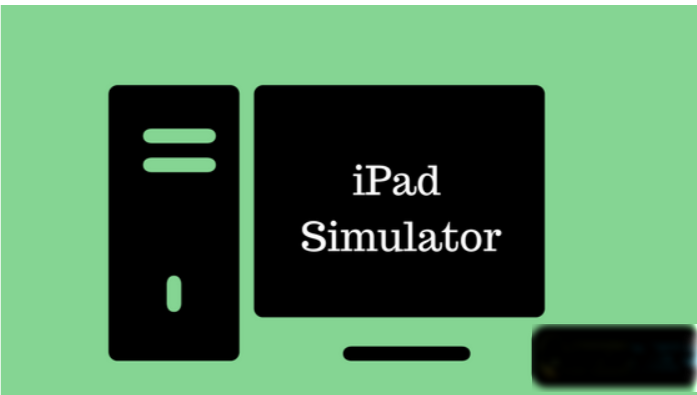 On installation, you will get an iPad on your desktop screen.

The best thing about this emulator is it provides you almost every feature of iPad without an expensive real iPad. Here’s a big list iPad Simulator offers you:

iPhone Simulator is best for everyone for accessing iPhone applications and games with its features on your window PC.

As iPhones are quite expensive; this emulator can help you creating virtual iPhone on your desktop.

With high-quality graphics and interface, you will feel a real iPhone in front of you.

A major drawback may disappoint you that you cannot access the App Store in this simulator.

Many of pre-installed apps will be provided you.

For finding out major issues in applications you can test it.

We can conclude that an iOS Emulators is best for experiencing an iPhone/ iPad/ iPod and its native apps on your PC.