Epom Ad Agency is a performance-based mobile agency that makes a global promotion for all types of apps. While established as a part of an advertising technological company Epom, Epom Ad Agency remains a self-standing team focused on direct partnerships with app developers and a unique approach to app promotion.

Why app owners prefer Epom Ad Agency to other agencies?

One of the most important benefits app developers get while working with Epom, is its own SDK traffic. Epom enables buying exclusive and intelligently targeted inventory from the top in-app traffic sources through one single platform with no hassle. Thus, there is no need to contact each specific partner separately and spend months on setting up trustworthy relationships.

Although Epom Ad Agency acquires a significant number of users by launching highly targeted ads on Facebook. Epom team knows how to launch social media ad campaigns, buy the most relevant impressions for each specific app and reach the relevant and engaged audience for lower rates, and better results.

Another great benefit that helps Epom Ad Agency to stand out among competitors is their approach to the ads. While most of the companies require creatives from the advertisers for each specific ad campaign, Epom could recommend or create ads and landing pages by themselves.

Prior to promotion, your personal manager will analyze an app, audience and work on a promotion strategy. Depending on your ad campaign goals, the manager will also suggest on the best-suited creatives, setup, and targeting options.

As a performance driven and ROI-focused agency, Epom ensures demand partners pay only for positive results like installs, sales, registrations etc. Their advanced platform allows to optimize ad campaigns in real time, reach potential customers at any time, place and device and get them to install an app.

How To Make Money With Pay Per Click Affiliate Programs

How to start a profitable ad campaign with Epom Ad Agency?

1.Contact Epom team and tell your ad campaign goals, KPI, and expected ROI.
2. Share more insights on your budget, rates, targeting and other important details.
3. Send your personal manager ad campaign creatives and get a suggestion on the best-suited ad formats. Unless you don’t have your own ads or landing pages, Epom designers will create them for you.
4. Integrate Epom through the tracking platform. 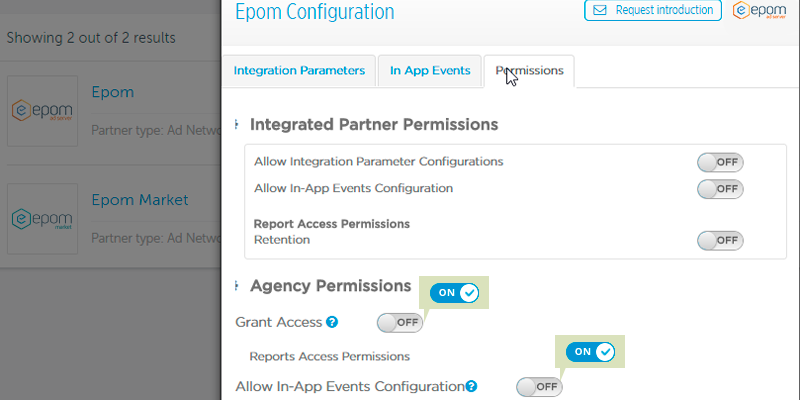 5.Pick up ad campaign you’d like to run and start buying hyper-targeted traffic.
6. Drive new users to your app and make the most with a real-time precise optimization.
7. Add more creatives to the campaign, tweak the settings and reach relevant audience & maximum ROI.

Epom Ad Agency supports two of the top-performing mobile ad formats – video and native ads. In addition, you might try standard banners or high-impact interstitials for brand promotion. Their engaging ads win users attention and aim at bringing additional value to the app and website content.

The company supports The IAB anti reselling initiatives and sells exclusive inventory only. Although, Epom ensures ads protection with in-house fraud-prevention tools and Forensiq service as well as guarantees 100% quality ads for publishers.

I’ve tried to test-drive Epom support service and sent them an email late in the night. I received a response within 7 minutes which is excellent I guess. As it is stated on the company website, all Epom partners will get premium technical support at any time of the day and night without holidays and days off.

The most valuable advantage Epom Ad Agency provides app owners and advertisers with is their own SDK traffic. So Epom Ad Agency definitely worth trying if you are seeking for:

Сontact Epom Ad Agency team to kickstart your promotion and app monetization in the most efficient way.