How an Engineer Turned into a Standup Comedian: Appurv Gupta

Appurv Gupta is a Hinglish stand-up comedian and a satirist from India.

Gupta is a graduate of Jaypee Institute of Information Technology, Noida in Bachelor of Technology. He completed his engineering in 2012 and chose to be a stand-up comedian rather than working for corporate offices. He has done around 250 shows since then, including corporate performances for Airtel, Tanishq, Adobe, Amex and Radio Mirchi.  His most applauded act is Appurview – Laugh with an Engineer which describes life from the point-of-view of an engineer.

I got a chance to meet him and I was really impressed by his story. So I decided to share his interview with you all guys. We did had funny moment from the interview, Appurv had many girlfriends in past. So that is how his idea of Relationship or Relationshit is superhit. 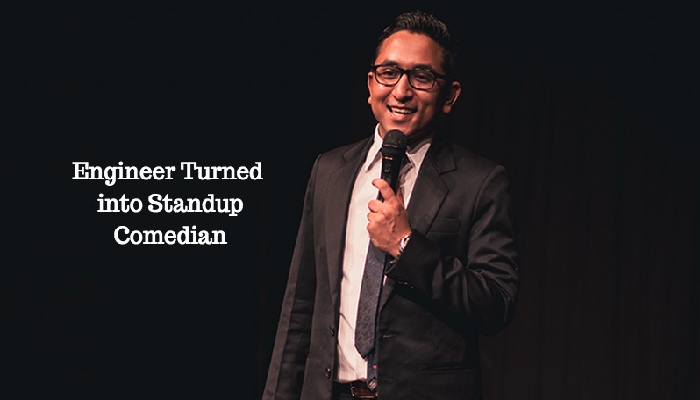