How to Increase Your Twitter Engagement by Following These Easy Steps

The sudden popularity of the Networking sites like Face book etc…..gave an opportunity to many young Techies to come up with many other such applications. One such instantly famous concept is “Twitter”. Twitter is all about broad casting short messages that can be read by the entire world. On Twitter you have the luxury of searching for interesting people and following them until their tweets are interesting and knowledgeable. 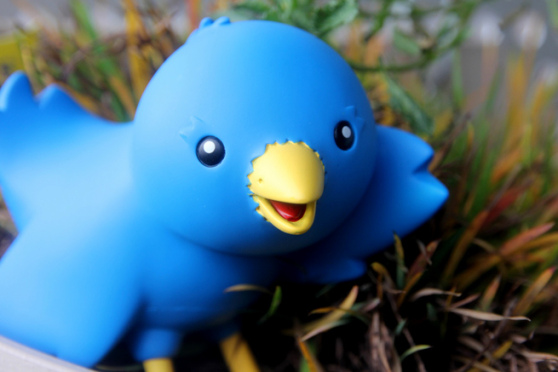 The swiftness with which one can access twitter makes it the most popular application. Many users vouch for a fact that in just a minute one can browse through hundreds of twitters at the same time and one glance. Twitter makers were careful enough to ensure that there is a size limit on all messages on twitter. Every tweet should be under 140 characters; this cap ensures that the message is simple, profound and meaningful. With this limit, many writers go the extra mile in making sure that their message is effective enough though short.

Tweeting is most popular for reasons like: fill their vanity, gain attention; some use the medium to promote their business, and some merely to wipe out their boredom. Some youngsters resort to tweeting as a recreational habit, helping them excel in the art of writing and writing to engage people while inspiring them.

Not only do people write about their experiences, however, the recent trend has been of people who send a message using the medium of Twitter.

Twitter helps people with their profession interests as well

Twitter allows you to look at the world from a third person’s eye. It breaks the barrier of distance and allows you to see the world right from where you are. Some people are passionate about writing every minute experience in their city/state, this helps others who follow them read and re-live the experience. This concept of writing can be termed as Micro Blogging and people who are into this writing could some day make amazing Journalists and in this process are trained to become Mini – Journalists.

Twitter a Social messaging and Marketing tool as well

One can read in the recent updates that there have been a group of people who started a twitter chain for a social cause and they have had huge followers who echoed this purpose and the social reform was brought about as a result of the astounding number of people who agreed with the people and their thoughts.

People also use Twitter as a marketing tool, by broadcasting messages about their business or posting the URL of their business that help people to get an idea of the business.

So, if you are impressed by this tool and would like to give it a shot all you need to do is join the free account and choose your Twitter name. Post which you could start following, searching for people and groups along with broadcasting the messages and news you would want people to read.

What is Engagement rate?

It is important that every tweeter understands the Engagement rate. Every Tweet on Twitter is written expecting audience. Every person who reads it is important. Only if the Tweet is good enough would there re-tweet and decide on following, only when people follow your tweets would it show that you have the skills.

In this article, we read about the many tips regular Tweeters have listed down in order to improve the Engagement rate for your tweets. The following are the most useful tips:

Take the Lead: Sitting around and waiting for people to talk to your or tweet may not be very advisable. You could first, decide on the people that interest you and groups you want to communicate with and then start following or reading their tweets. It is very important that you understand the subtle difference between following and stalking, because excessive following may come across as stalking or crossing the thin line.

Choose the right time to Tweet: There is no written guideline about how many tweets or what times are the best. So, you could be the judge and decide it. It does not have to be as meager as one tweet a day or just plainly writing multiple tweets on the same point ..either way you would go unnoticed. The best thing to do would be to write sensible in right words. The other most important point would be to consider the timing i.e. what time would be ideal to post your tweets. There are many applications that can help you determine the ideal time

Use Images: One image is equal to a thousand words, is still right when it comes to the Tweeting world. Though bringing up a image on twitter can take time, it does increase your Engagement rate by 3 times.

Optimum use of Hash tags: Using one or two Hash tags per tweet could be perfect for your limit and ensuring that your reader is happy and would wait for more.

Use Add ons:  Adding links to your tweets, would encourage your reader to continue reading while helping you maintain your word limit as any extra information could be avoided from being written and can be linked.

Now that you know pretty much everything about Twitter, go ahead, start your journey and gain all the popularity you have been hoping for.

Dont forget to share this article in social media! You can also Join BloggersIdeas on Facebook & Google+ for getting similar updates.