The primary concern for anyone who uses the internet today is nothing but online safety. A good VPN provider can provide you the much-needed protection and security; however, that is not the only thing a VPN can do. It can offer you much more like privacy, streaming, and torrenting. Unfortunately, choosing the right VPN, for many, is a challenging decision to make. To make it much simpler, I’m going to help you out understand VPNs and suggest the best VPNs for you.

Here is the head-to-head comparison between NordVPN Vs Surfshark, the two major VPN providers in the industry considering the different areas of a VPN, to help you make an informed decision on which one you should subscribe to. NordVPN and Surfshark are the two Virtual Private Network providers offering great value at a reasonable price.

There are high chances that you have already heard of NordVPN, one of the famous VPN brands in the industry. It boasts of 12 million-plus users and comes with attractive features along with a great performance. Surfshark, though relatively a smaller brand, is already making waves as a value-VPN provider.

Let us pit them against each other in different aspects to decide which one is the right VPN for you.

NordVPN enjoys an edge over Surfshark in the total number of servers. It has more than 5500 servers scattered across the world, featuring a map interface on the website with the dotted server regions. It is present in more than 59 countries and provides you up to 6 simultaneous connections. 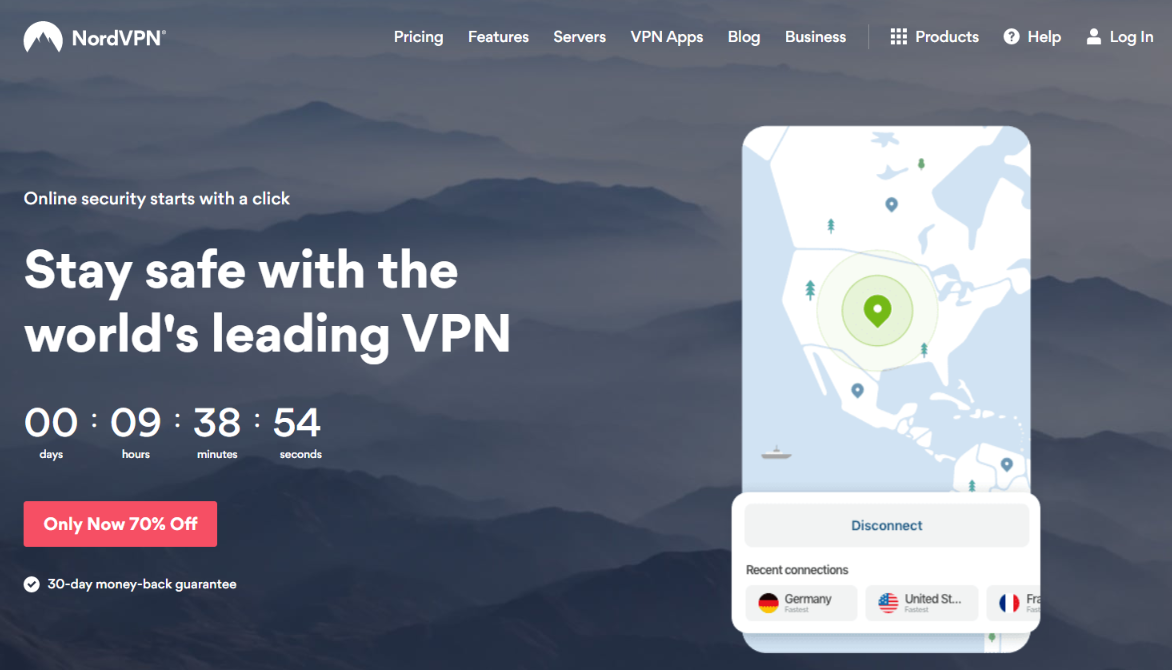 Surfshark has given up on the map; however, the website provides you with a clear list of servers along with a ‘connect’ button. It has more than 1700 servers spread across 63+ countries in the world. While Surfshark has a lesser number of servers than NordVPN, it has wider coverage through a presence in another few nations. Another advantage of Surfshark is that it enables you to enjoy unlimited simultaneous connections. If you are one of those who like to keep many devices like few smartphones, a computer, an iPad, a PlayStation, an Xbox, a smart TV, etc. then you can stay protected in all these devices at once via Surfshark connection.

👉Save 83% OFF On Surfshark Now

One of the major reasons why one wants to subscribe to a VPN is  VPN protection from the online activities from the outsiders. NordVPN offers great privacy to its customers via features like protocol switching, killing switch features, high-level encryption, etc. Apart from them, it also comes with a few not-so-common features like ‘Onion over VPN’ – routing the connection over Onion network and supporting NordLynx – a high-speed protocol developed by Nord. 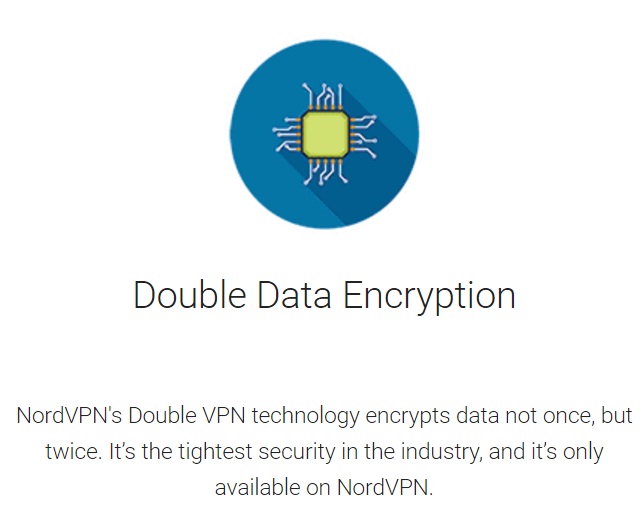 Surfshark also comes with a variety of privacy features that includes OpenVPN UDP, IKEv2, and TCP protocols, 256-bit encryption, and killing switch feature. It also enables you to route via two VPN servers, which is called a double-hop feature. It can provide you with extra protection through split tunneling if you are using Windows or Android OS. However, it falls short in this category when compared to NordVPN as the latter offers you additional functionality.

NordVPN is a Panama based VPN and does not keep your activity log, as the host country does not demand the same.

Similarly, the British Virgin Islands-based Surfshark also claims that it does not maintain its customer’s online activity logs, providing the required security to your online affairs.

The performance of a VPN can be measured via its speed and ease of usage on a day-to-day basis. NordVPN has impressive performance with a reported connection speed drop of around 6-8% only. Its average speed is around 105Mb in the UK. However, it has been noticed that the VPN performs slightly better in the US.

Surfshark is a winner in this category with a negligible connection speed drop. It also enjoys a slight edge over the former in the speed in UK servers with an average speed of 106Mb. Both the VPNs have proved their performance in almost all the servers around the world. So, if you are considering performance as the base, both the VPNs make to the choice list.

Surfshark, like the competitor, offers a one-month, a one-year, and a two-year subscription plan. While the one-month costs you the same at $11.95, you can get the one-year plan of Surfshark at a slightly lower price at $5.99/month. But, Surfshark truly wins over NordVPN in their two-year plan, which comes at a matchless $1.99/month cost. In fact, Surfshark’s two-year subscription plan easily lists them in the best cheap VPNs of the 2020 list. You can also get a 30-day money-back guarantee when you opt for the Surfshark plan.

Along with the protection, security, and performance, providing access to the various streaming channels is the key attractive point of any VPN. NordVPN offers good streaming support to its customers and can unblock Netflix as well as YouTube content on its overseas servers. However, it does not claim upfront that it can unblock the Netflix diaries, unlike Surfshark.

Surfshark heavily advertises its ability to unblock the Netflix content of 14 countries. Apart from the Netflix diaries, it can also enable its customers to access the geo-blocked contents of YouTube. Just like Netflix, iPlayer contents are extremely difficult to crack, and Surfshark can easily unlock its contents as well. Thus, Surfshark proves to be a better streaming-support VPN in the comparison.

NordVPN supports torrenting activities largely, and P2P activities can be performed in most of its servers. However, the VPN’s website does not claim its torrenting abilities on the website’s homepage. A few of the NordVPN’s servers do not support P2P; however, if there is any torrenting traffic being detected, the Nord app will switch you automatically to a server that supports P2P. 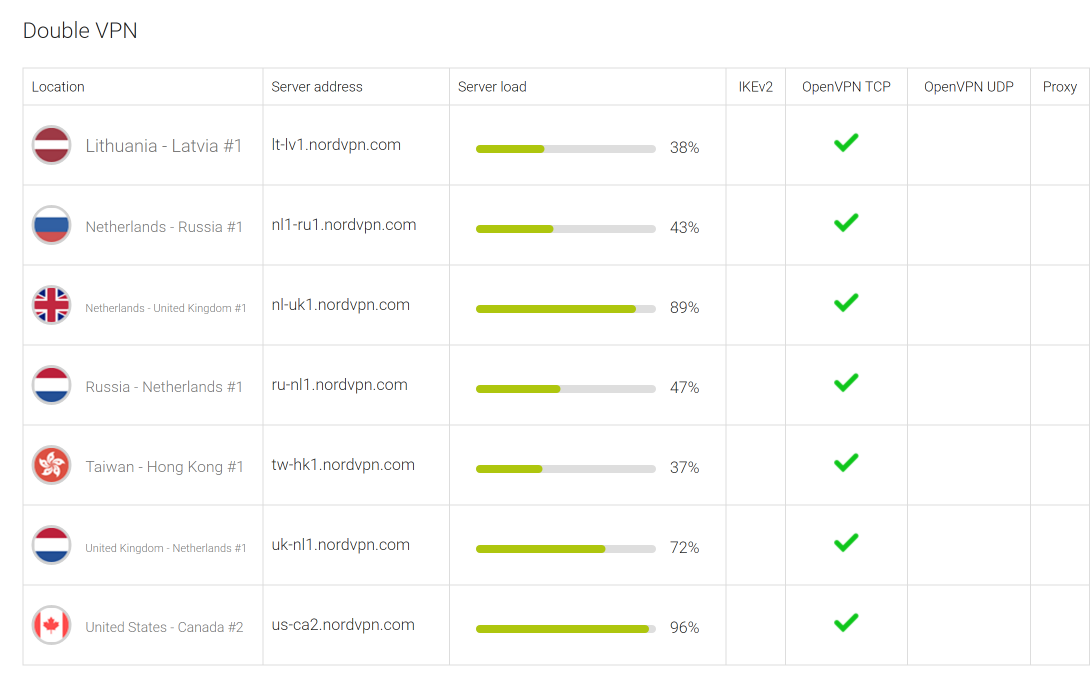 Surfshark does boast about its torrenting abilities, although a few of its servers cannot support P2P. It is because it can automatically switch your server to a supporting server if any torrenting activity is detected. Both the VPNs behave reasonably well in torrenting and stand at the same level.

NordVPN Vs Surfshark: The Mobile App

NordVPN has a popular and widely accepted mobile app with a remarkable rating of 4.4 on Google Playstore. The app has achieved more than 10 million downloads, proving it to be highly popular amongst the VPN users. It comes with many protocols, especially for Android and iOS users, that include special protocols like NordLynx. A few other features are provided, such as auto-connect and a favorite list. You can also get certain OS-specific features like quickly connecting to Siri, etc.

Surfshark also has an impressive, functional mobile app that offers you a number of protocols, including high-level encryption, Hacklock, and a wide knowledge search. Its app has a user-friendly, pleasing layout. You can open the app with a quick-touch button, and easily browse through the server lists and features.

Both of these VPN Service providers have provided their customers with easy-to-use, simple-to-navigate mobile apps, and ensured there is no compromise on the functionality.

Having a customer support team, offering professional and friendly support to the customers is an added advantage for any VPN. NordVPN has 24/7 chat support on its website, apart from the emailing support. A chat facility works better as the customers need not wait long hours for a response like in an email facility. You can also get abundant useful articles and knowledge base on their website that can help you get thorough with your VPN service.

Surfshark, like NordVPN, also has a friendly live chat support system in place. The VPN provider has constantly been working on improvising customer support via creating user guides and knowledge-sharing articles regularly. Whichever the VPN provider you choose, both are promising you great and friendly service support.

In this article, I have compared one of the cheapest VPN provider, Surfshark against the popular and world-famous VPN brand, NordVPN. Both the VPNs have performed fairly well in most of the categories and seemed impressive by offering almost all the features that one can demand in a VPN.

However, I felt that Surfshark truly is a great VPN as a value-VPN provider and offers great value for your money. In case, if you are up for a bigger brand name and ready to pay that little extra, then I suggest you get into NordVPN subscription easily. You can also enjoy slightly better privacy features as a Nord customer.

👉Save 83% OFF On Surfshark Now

Hopefully, My comparison between NordVPN Vs Surfshark will help you in deciding the best VPN Service for you.