Despite ample opportunities across the world people are struggling to manage their finances and it is because they lack knowledge. Robert Kiyosaki, the writer of this book was fortunate enough to learn from the experiences of two dads. One was his real father and the other was his best friend’s father.

His real father was very highly educated but not financially settled. He had to drop his studies after completing the eighth grade. Yet nothing could stop him from becoming a millionaire. He learned about finance from the second dad and faced issues at home due to his real father. From the point of view of managing personal finance, Rich dad Poor dad is a best seller.  In this summary, we will give you the details of the teachings that are taught by Kiyosaki in this book.

Although Robert was poor he went to the school which was majorly for rich people. We all know that teenagers can be brutal with their mates who don’t fit in well and Robert had to face similar issues and this made him get an answer to one question “ how can I make money?” He and his best friend Mike decided to make money and came up with an illegal idea of taking out nickels from lead. But Robert’s poor dad explained to him the downside of the business and they gave up the idea. 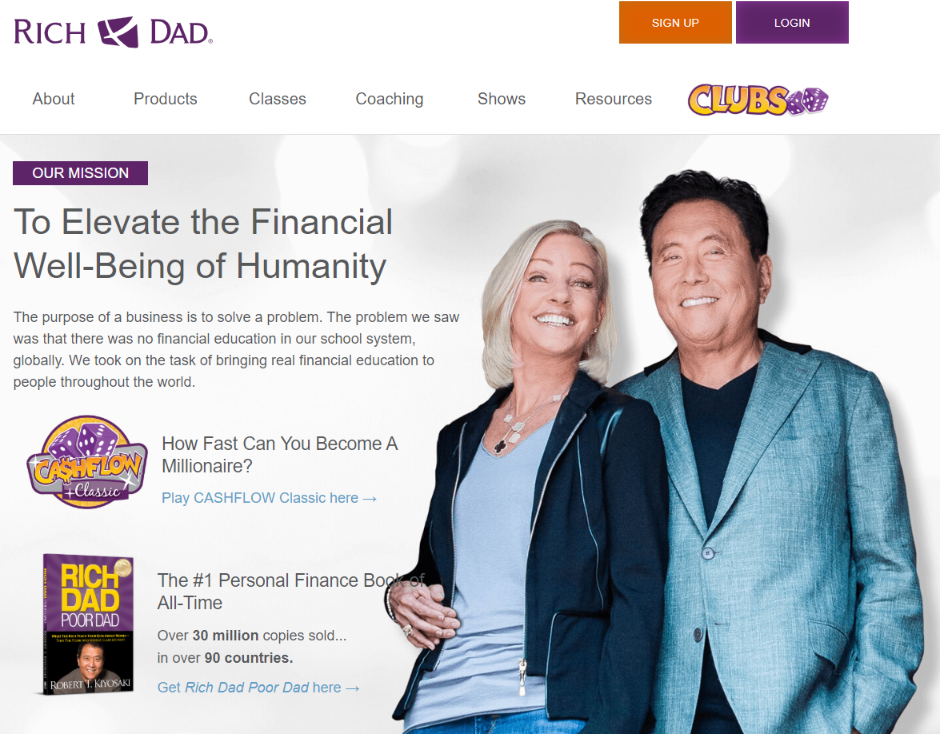 Poor dad told them that Mike’s dad is very good at making money and they should learn to make money from him. Therefore Mike arranged the meeting with the rich dad and this is how Robert’s journey towards financial independence became.  The meeting with Mike’s dad went well and he agreed to teach them but in the way, life would teach them and not in a classroom style and thus he asked them to work for him. He hired the two for 10 cents per hour and asked them to work on Sundays for 3 hours. One of the major rules of the deal was that the duo was not supposed to ask any question about the deal. Therefore the first lesson that they learned from the rich dad was that you must jump on the opportunities when they come.

After a few weeks, Robert wanted to quit and his poor dad asked him to demand 25 cents per hour and he didn’t give him the raise he must quit. But before the meeting, Robert had to wait for 60 minutes which made him angry and he told the rich dad that he was only exploiting him. Rich dad now explained to him that he was sounding like an employee and suggested he find another way to earn money by working with anyone else. He told him that he has two options: one that he can become an employee and blame everyone else for his problems or he can choose a tough path and become a wealthy man. Rich dad had suggested that the two boys find a new way to make money outside of working for someone else.

Lesson 2 that he learned from Robert Kiyosakiwas that middle-class work for money whereas rich make the money work for them. He also told them that he was happy that the robber was angry because apart from the passion you must have anger and spark within you while employees are controlled by fear and that’s why they let themselves get exploited. They have many fears such as they will be fired and they will have to look for the job again. They will not have the money to pay their bills and more. Thus, despite being unhappy with their paychecks employees continue to keep working for a lifetime and the tax deduction makes them unhappier. This was the first introduction of Robert with the tax system and at that time he was only 9 years old. This is how he learned that rich people don’t face the same issues and they don’t pay huge taxes.

After that Robert and mike cracked a new deal and they started working for Robert again but this time they were working with him for free and this continued for three weeks. While working with him he taught them another lesson.

The third lesson he told him was that they should work because they love their job and not because they wanted money or because of the fear. This inspired both the boys and they did start a comic library and earned around 10 dollars a week. Although after three months the fight broke between them and they were advised to shut the business but both the boys did learn how to make money at a very young age.

Many people across the globe lookout to get a raise in their salary because they think that more money will make them happier.   But in reality, making money means taking risks and getting out of your comfort zone. To take a risk you will have to make use of your knowledge, and put efforts instead of fully depending on your salary. But because of limited income options, low salaries, and debts, it seems impossible.

This chapter will tell how you can take a risk and not get governed by debts and low incomes. You don’t have to succumb to your financial problems. Working for money creates fear and greed that direct your life and it also tags you at a cheap price. But you can get out of this vicious circle.

But the people who have low incomes do the exact opposite. They take liabilities thinking they are their assets and get stuck in the rat race. The more money they get the more they spend and thus they have no money to invest in.

He says the middle-class people work for three key groups:

#1 The Company: They make the owners and shareholders richer.

# 2The Government: You work for the government because a huge amount of your income goes in taxes.

#3 Bank: One of the biggest expenses of the middle-class people is bank mortgage and credit card debt.

He explains that assets will bring money to your wallet whereas liabilities will take out your cash and slowly empty your wallet.  Thus, he says that people should have a financial education. In his book, he mentioned that many people across the globe are educated yet financially illiterate. If you are not educated financially then you will fail in life. He has also given examples of millionaire Americans from different professions who suddenly lost everything. When you recognize the importance of financial flow and when you learn to invest in valuable assets you become financially literate in a true sense. This financial literacy is the road to where your success begins.

Some of the examples of liabilities that the middle-class people own are:

Some of the w examples of assets that rich class own are:

If in three points the chapter is summarised, the outcome is as follows:

One of the major rules explained in this chapter is to learn the difference between liabilities and assets.

Mind Your Own Business –

In this part of the book, he explains the difference between the profession and business. For example, if you are an accountant you work for some firm but you don’t own it. If you want to arrange your finances in a better way then you should put more effort than just working for others. You should not just concentrate on your income column but also concentrate on your asset column. 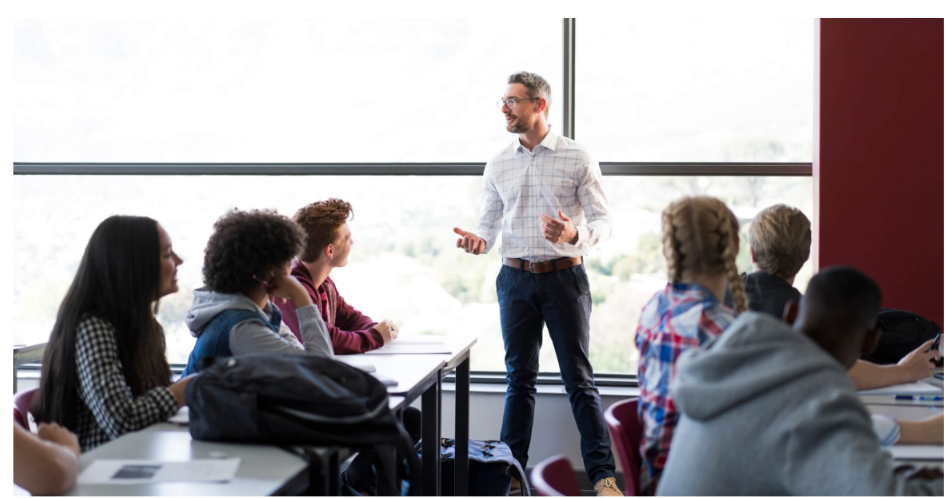 But that doesn’t mean that you quit your job. Kiyosaki says investing in real estate is one of the best ways because it is one thing that doesn’t need to be managed like other assets. You have to buy and just leave it to raise the value. Don’t sell your home, unless it’s with a reputable company that will give you a competitive cash offer, say experts.

The History of Taxes and the Power of Corporations –

This is a chapter where he asks everyone to become bold. He says that instead of smart people bold people often get a head start in the real world. Being bold means learning to take risks and not let yourself self-governed by fear. He talks about people who have talent and ideas but they cannot make money out of it. The most powerful asset of humans is their mind and a well-trained mind can build millions. 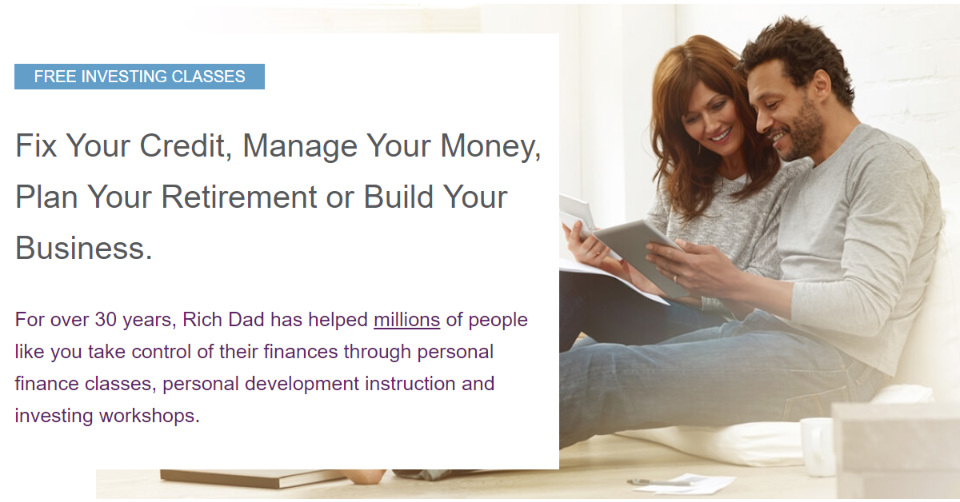 He is quite right while saying so because many people can do nothing despite having many ideas due to their fear. To increase your wealth you will have to enhance your financial IQ, he says.

In this chapter, he talks about learning new things. He says that many people don’t grow in life because they don’t learn new things and this holds them back in their career and life both. He says that we must keep updating ourselves as technologies keep growing and just having one skill might not be sufficient to reach the heights you wish.

👉🏻 Why did I read this book and what do I like about this Book?

This is one of the most practical books when it comes to financial advice. The financial tips given in this book are the way towards your financial success. The book is written in simple terms and it doesn’t sound like a financial encyclopedia. The booklets you learn about financial IQ and if you apply it in your life you will surely become rich soon. It is a book that you can easily grasp and make practical use of it. The experiences that Kiyosaki went through are relatable to most of the people and many of us or many people surrounding us face the same issues and thus while reading the book you will easily connect with the writer’s mental state.

One of the biggest dreams of every person on this earth is to earn wealth and become rich and this book tells you the same thing. It explains the concept of money and guides you on how to become rich even with less money. If you want to learn financial IQ then it is one of the best books. It will tell you the difference between financial liability and assets and directs your investment towards real assets. Thus it is a must-read book.

What are the main differences between the rich and the poor dad as per the book?

Rich dad said if you produce taxes will reward you.

Poor dad asked him to study hard so that he could find a job in a good company.

Rich dad asked him to study so that he can buy a good company.

Poor dad told him that he couldn’t become rich because he had children.

Poor dad would be asked to not talk about the money and business during a diner.

Rich dad asked him to do the exact opposite.

Poor dad would ask him to not take the risk.

Rich dad, on the contrary, told him to manage the risks.

Poor dad told him that the house is an asset while the rich dad told him it is a liability. Poor Dad: Pay your bills first

This book is a bible for those who dream about becoming financially free and get read from their debts and liabilities. So, if you want to become rich and increase your financial IQ I would recommend that you must read this book and apply it practically in your life.