In this post, we’ll talk about Samuel Jackson Masterclass Review: A prolific actor, having starred in more than 100 films like  Jurassic Park (1993), Pulp Fiction (1994), Jackie Brown (1997), Star Wars trilogy (1999-2005), Django Unchained (2012), and of course, the Avengers franchise, Samuel L. Jackson, one of the most respected and versatile actors of the modern film industry is right here to show you how things are done!

Yes, you read it right! Samuel Jackson has tied up with the Masterclass fraternity to bring to you his Masterclass of acting, with an aim to teach his curious followers and ambitious future artists the skills and strategies he possesses to become what he is today!

If you have been a big admirer of his works or want to harness your energy and talent to earn the respect and stature like Jackson, then you are reading just the right post, because today I will take you through a comprehensive Samuel Jackson’s Masterclass Review! 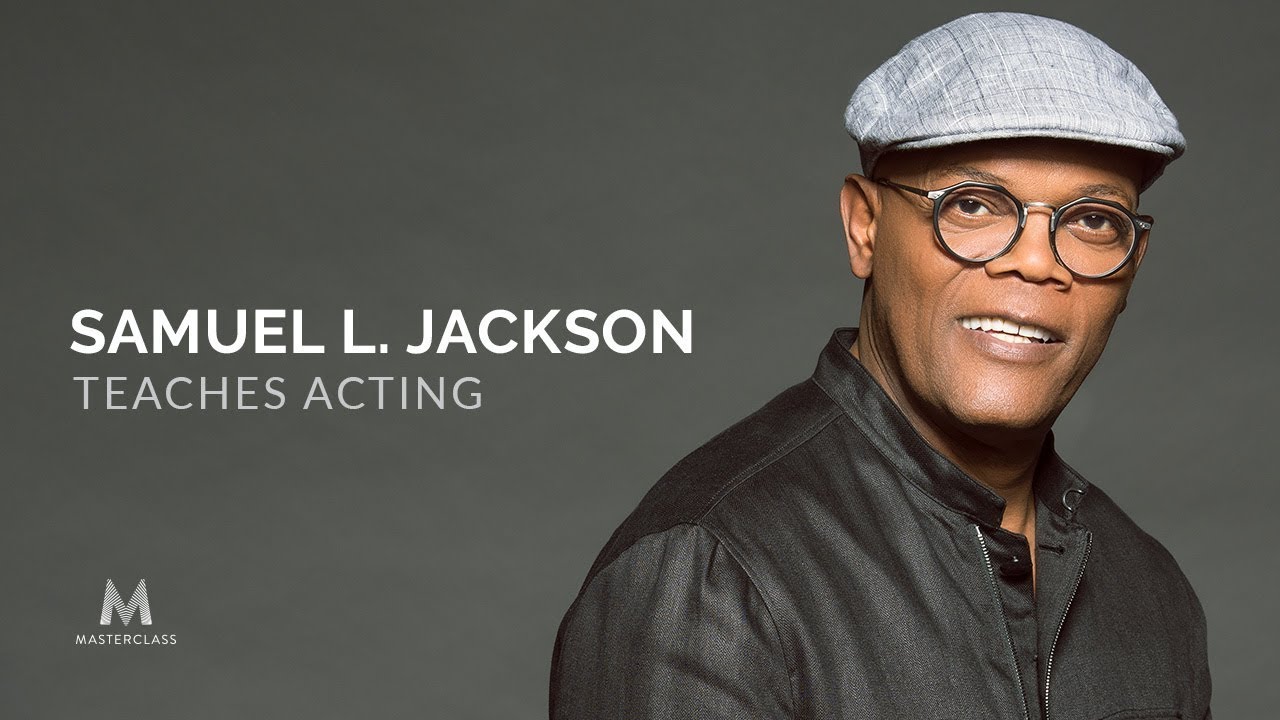 The first thing I really liked about this Masterclass was the strength with which it starts. From the masterclasses, you’ll always receive considerable value. For this reason, most of us come back to find out more. But it takes a long time for other classes to join. Not Samuel L. Jackson’s Masterclass!

Samuel L. Jackson’s Acting Masterclass is tactfully divided into 21 video lessons in total, most of them between 10 and 15 minutes for a total 5-hour video class time accompanied by a PDF brochure. 56 pages full of drama exercises and access to office hours where Jackson and the student community can ask questions.

Jackson goes into the deep stuff, without waffles or shyness, and starts with some very insightful lessons on character development. Jackson stresses the importance of reading first. Not only during your downtime (which is incredibly important) but also during role formation.

Then, Jackson addresses the kind of questions he asks while creating a character. The quantity of questions Jackson asks nuanced questions when creating biographies of his character is incredible.

He pointed out after listing many questions that the audience may never know, but what you know does affect how you play the character. We can see Jackson subdividing his character into a set of objectives. This is something great writers do when building characters like Aaron Sorkin and David Mamet.

Then we will see how we can find out how the character binds to others, and how he acts in relationships to support his representation.

Creating Characters That Are Convincing!

It is clear that Samuel Jackson considers building the character as the most crucial part of the process of acting. He spends almost two hours going about how he does this to teach you how to:

His video on voice and character is particularly interesting! In it, he describes how he surmounted his stutter. He also explains how he creates an accent and a way for his character to speak. He shares, for example, why he has decided to give Jules a lisp from Pulp Fiction.

If you follow what Samuel teaches, you will be able to create real people, for the screen or stage, without any doubt. Characters the public can truly believe in and, more importantly, engage with.

The physicality, voice, and body language of your character!

I ‘d recommend you go through the Physical Characterization (i.e.; Video Lesson-3) first if you’re short of time. That video covers the most important points where Jackson plunges deep into the various ways actors can use their bodies to represent the personalities of their characters.

If you want to learn how to use stance, gait, voice, and physical appearance to add depth to your characters, this video is a great tool!

Samuel provides an example for each of them to help you understand what he is telling you. Later you should go through the other videos when you get the chance. He goes into far more detail within them. So, watching them will cement what you’ve learned and provided more ways to practice your craft.

He further talks to you in building your character through the value of body language and expression! I particularly liked the voice and body language session, which is a very visual skill, so it’s much better to see that done in front of you than just reading about it!

People will receive many extraordinary case studies at this masterclass one after the other. Describe a practice, approach, or principle, and then show you exactly how that was applied to a character’s end result. In The Caveman of the Caveman, a homeless man, Samuel Jackson took his character and deconstructed this shit to show you just how many options you should take to create your character.

You can take many ways for your character to create different paths that create more ways and influence everything you do, and the other characters’ relations with you.

His teaching quality is so good that you already feel you are getting a good value for money only in the first segments! 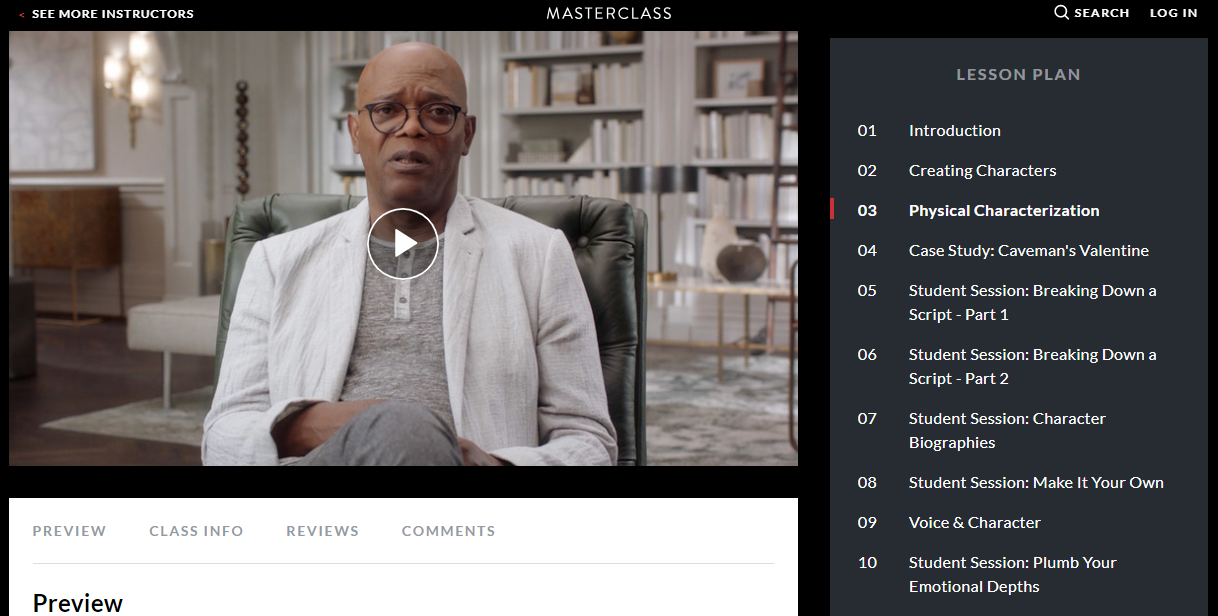 The best way of seeing the principles of action in action is to see how the actors implement them. Thus, many of the masterclasses of Samuel L. Jackson see Jackson take the lead and the actors with movie scenes such as Pulp Fiction, The Negotiator, and The Kingsman put into action.

Some scenes were creaky, but it was interesting to see how these actors evolved, moving from boring scenes to dazzling and believable performances. 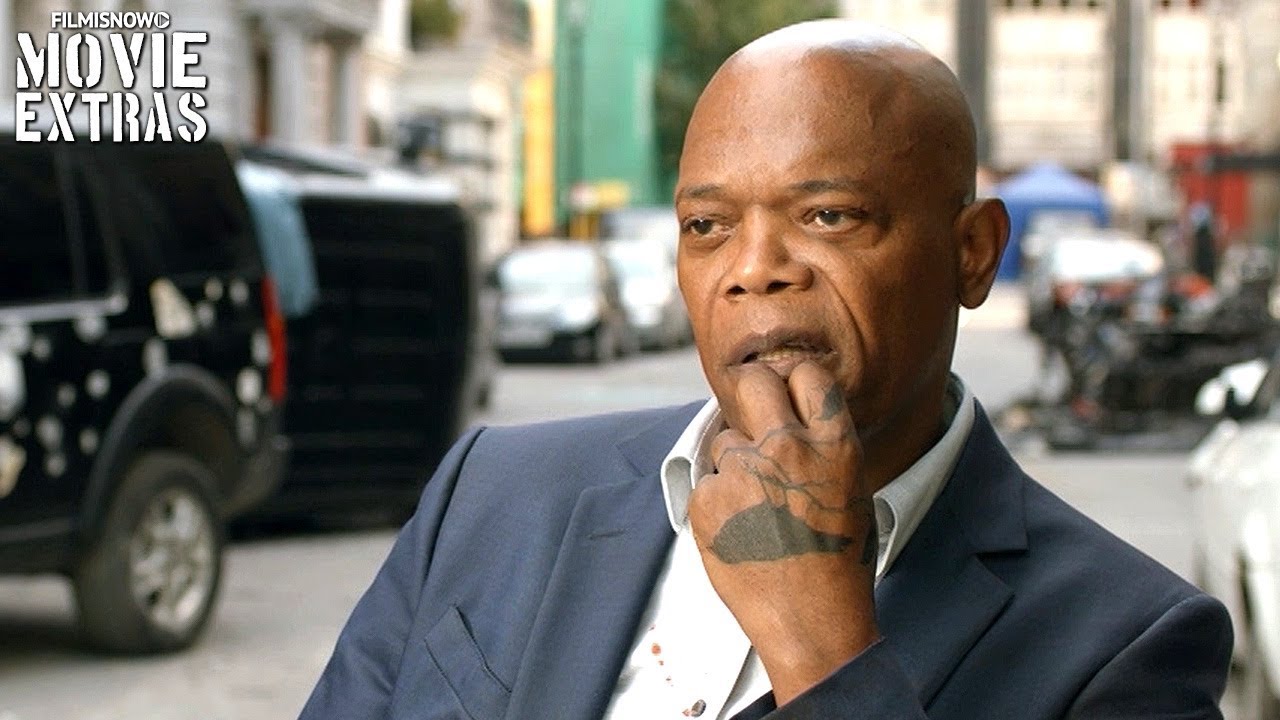 Breaking down a script – Jackson’s approach!

There are two parts to this process. To get the most out of this section you’ll need to have gone through the previous videos and understood them. Samuel clearly approaches his acting in a methodical way.

The same is true of the way he is teaching. Unlike some other actors who created courses on masterclass.com, he doesn’t hop around from one subject to another. I like his teaching technique, personally. Definitely, the best way to get the most out of this course is to let him take you by the hand and lead you to become a successful actor.

You need to be able to take the course for the movie or play that you are in to be a success. Your relationship with your director is important. Samuel explains how your director’s vision of your character can be taped. You have to learn how to work with him/her in harmony.

It’s clear you need confidence building. It is essential that you demonstrate to your director that you listen to what they are telling you. This means you have to be able to change the character you’ve already created for yourself to match their vision of your director as well.

Collaborating with the rest of the crew!

Samuel L. Jackson quotes during this lesson of his Masterclass:

“Everybody’s there doin’ the same job…You’re no better than the guy that’s sweepin’ the floor at night when you leave. Just remember that.”

Samuel points out that to make a film includes a village. So, you must respect whoever is involved in the process. Taking this approach helps you to tap into the expertise of whoever is working on the script. When you do that, there’s a drastic improvement in chances the project will be a success.

Tap into your curiosity – Become a better actor!

For me, this section of the course has been very interesting. Samuel L Jackson is clear that he approaches the world with an open mind. He does his utmost to introduce himself to as many different cultures, individuals, and ways of living as he can. Samuel works actively to “build an experiential library.” Doing so creates a knowledge database in which he can dip into when he needs to create a new character.

How to audition successfully?

It is important that we are good at auditions. You will never be able to build your acting career if you can’t get through this process and land apart. So, this is a very important video in which Samuel covers everything from creating an attractive resume to going through the actual audition. Importantly, he also deals with how to get a lasting positive impression.

That way, if you don’t get the part you’re auditioning for, the casting director and his team will still remember you. When this happens, the chances for other series, movies, or plays to be approached to the audition increase drastically.

Samuel Jackson Masterclass Review One Of The Best (Must Watch)

The workbook is a little bit detail-light. But the videos are comprehensive, so the lack of detail is not a big issue in the workbook. Plus, you’ll have plenty of room to make notes. Personally, I would print the workbook off and make notes as I went through each section if I were to take this course again.

There are assignments too, but it’s quite difficult for me to work out how good they are as a non-actor. But it’s nice to see them there, as I find that it allows me to cement my knowledge quickly regardless of which masterclass, I take putting what I have learned into practice.

Masterclass currently offers two kinds of passes for users to choose from. You can either go with the pass for the individual or go with the pass for all-access. You’ll only be able to access one course at one time with the individual pass. Each course also costs $90. While the All-Access pass costs you $180 in a year and allows you to browse the entire content of the website without restrictions. And you can know your favorite subject at your own pace!

This Masterclass has a fantastic teacher, delivered wondrously and logically, and is a beautiful product from beginning to end. This course is especially useful when working creatively on something as it generates ideas that you can relate to your own behavior.

If you’re a Samuel L Jackson fan, then this master class is a true treat. I learned about him all manner of things. I didn’t realize, for instance, that Samuel stuttered as a child. Interestingly, some of his classic lines were created because, even now, he has had to change things to get around the fact that he still stutters.

Those who want to become serious actors are definitely the focus of this course. Samuel’s advice on growing your career is untold. I think that just about anyone would enjoy this course, though. I’m not an actor, but I’ve enjoyed going through it, so much so that at a later date I plan to re-watch it!