You might have seen a number of videos circulating on the internet with some funny content or satire, music videos or any form of videos that engage people and get thousands or even millions of hits within an hour or days. The people who create these videos are called vloggers and the art of creating these videos or vlogs is called as the Vlogging.

Vlog or simply video blog is a blog that contains the video content rather than the written one. Initially, it was started as a past time for the people but recently it has become one of the best platforms for making money online.  An average vlogger earns about $1k per week. Isn’t that cool? 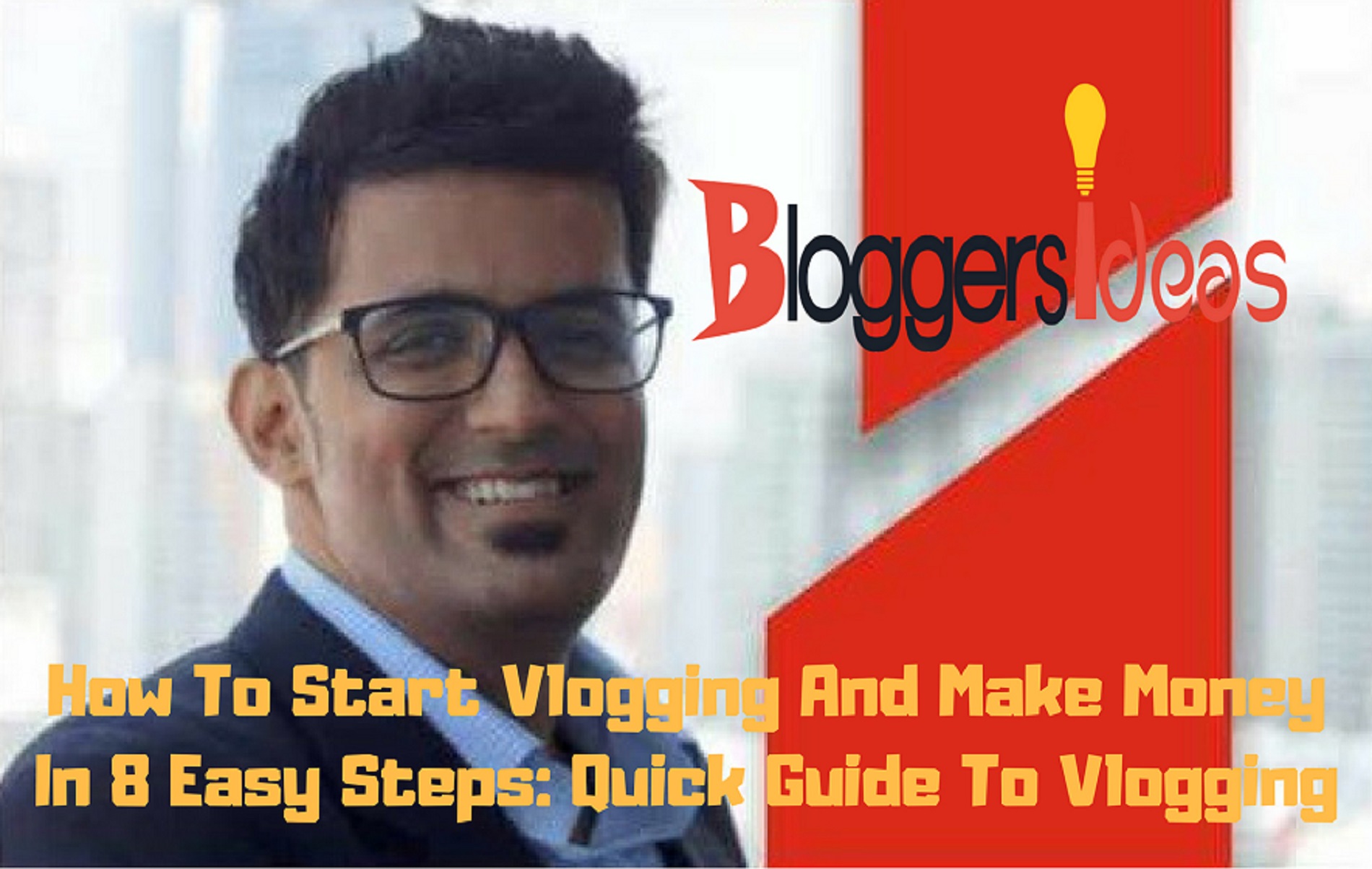 Why Should You Vlog?

The answer to this is – Who doesn’t like to be famous? The netizens spend half of their time on the social media such as Facebook, Twitter or Tumblr watching the vloggers.

Thus, building a presence in social media is what makes you a successful vlogger.

How To Start A Vlog Step By Step?

Before starting your channel or video, you must choose your username and the topic wisely. Always choose a name that stands out from the others and that is in relevance with your content.

The second most basic requirement is the audience. You should reach out to the audience who are interested in your content. Consider, if you are a beauty vlogger and you have considered targeting the female as well as the male or selected age range from 13-65. Would that be the right targeting? Probably, No!! Thus, selective reach is must if you want to reach more audience with a low budget.

When you think about vlogging, YouTube would surely be the first platform that strikes your mind. YouTube has a base of about 1 billion, almost equal to the third largest country in the world. Besides the YouTube, there are other reputed vlogging platforms such as Vimeo, Dailymotion, Metacafe, Veoh and Facebook. You can choose any or all of the platforms.

The next big thing is to film your vlog. It requires the perfect setup, choosing the right camera and the microphone for the sound and video recording. It is always wise to choose the best equipment and gears for your video blogs. Thus, we have also listed some of the best vlogging equipment and gear you can use.  Make sure that the room or area you are using should be a well-lit room and avoid the places with echoes as it affects the video.

After you have created the video, it is important to edit and improvise it. A number of video editing software are available for different OS and different devices. Some might cost you or some gives a free version. Although, it is always recommended to use the paid version since it gives more tools and more usability.

For the Apple users, iMovie is the best software while for the windows, the VSDC video editor is the most recommended one. You can also get the Filmora video editor which might cost you few bucks more.

While editing, you need to add your logo to the video and some call to action button too. You can do that by using these video editors. Add a link to your website in the video links.

Once done, you are done to upload your vlog on your desired vlogging platform. Uploading a video on the YouTube is a matter of seconds. Just click on the top right corner of the screen ‘Create video or post’ and it will navigate you to uploading. 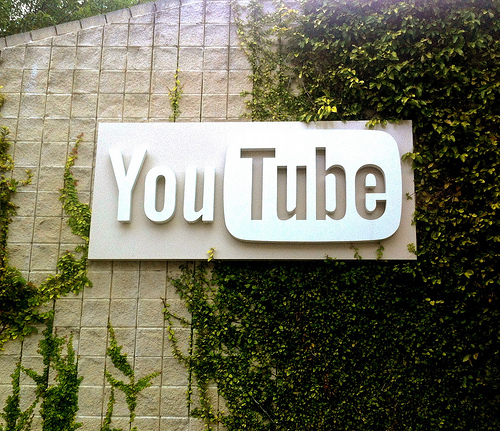 One of the most important part parts is the promotion. You will need to promote your vlog on social media such as Facebook, Twitter and Instagram. Choose your audience and reach out to the influencers too.

Earning through a vlog is not as easy as it seems. It might take you days or even more than a year to start earning through your vlog. YouTube won’t let you earn so easily. It has created certain monetization rules which state that you are only eligible for the YouTube program if you have 4,000 hours of watchtime in the past 12 hours and 1,000 subscribers. Moreover, the content shouldn’t be copyright. 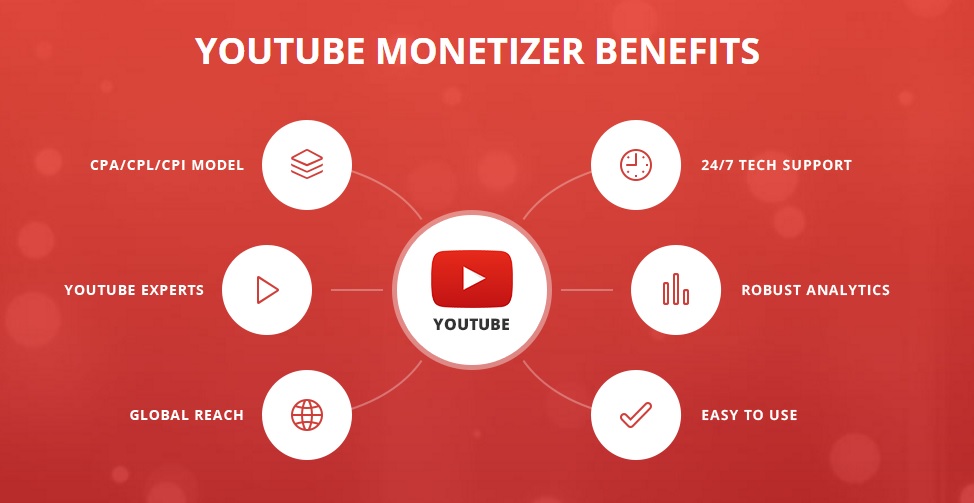 Vlogging is not at all easy. Besides, all these tips the pre-requisite thing to start a vlog is the proper equipment. Essentially, vlogging requires a camera, a microphone, lightning, tripod (optional) and video editing software.  Let’s have a look at these equipment:

Camera is a necessity when it comes to any video creation. You don’t need to worry about the budget though. If you have just started rendering, you can use the computer webcam or the good quality camera from your smartphone. In case, you are willing to purchase a camera for your vlogging needs, here are some of them which I would consider:

Its main features are: 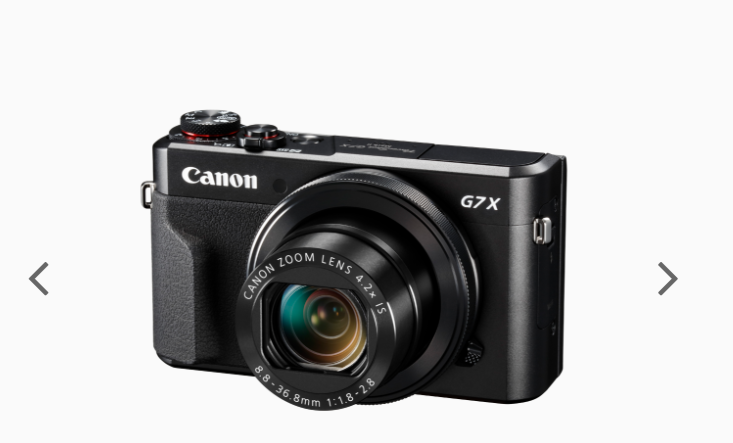 Its main features are:

Besides the bad video quality, the sound quality also ruins the video. No viewer will stick to your videos if your vlogs have a bad sound quality. Thus, the first thing to keep off any distractions is not to use the microphones in camera. It is always recommended to use the hands-free microphones for this purpose.

The other vlogging USB microphones are Blue Snowball and Audio Technica AT2020.

Takstar SGC-598 is the most preferred vlogging microphone. This microphone comes equipped with the windshield fur too, it may cost extra. The Takstar SGC costs $37. 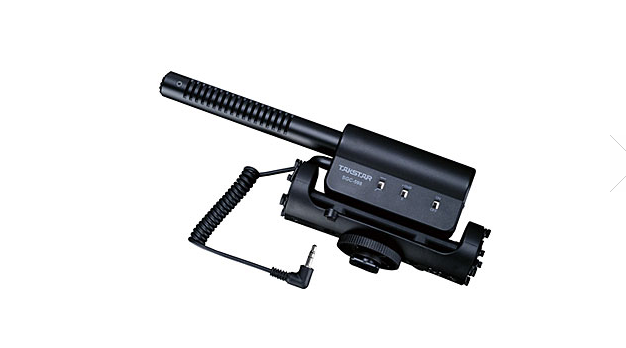 PowerDe Wise Lavelier Microphone is powered by PowerDe wise. It has a 3.5mm microphone jack. It can be used with any device such as a phone, laptop, camera and audio recorder. These mics do not require batteries as they run on the device’s power. It costs around $15. 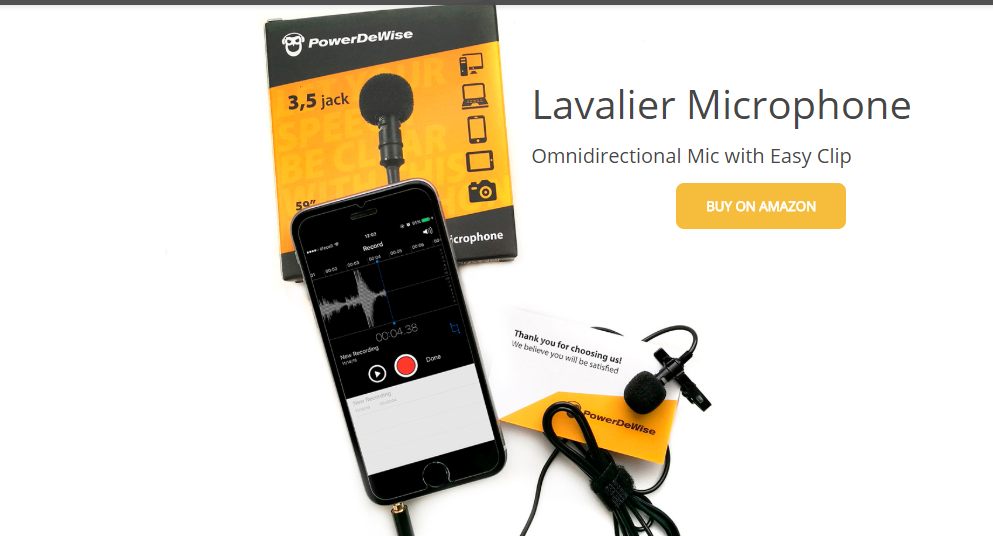 Comica WM 100 is the next big thing in the lavelier microphone industry. It can capture the sound from as far as 100m (330ft). The transmitter has an LCD screen which analyses the real-time status of your device. You can also adjust volumes here and switch the channels too. Thus the transmitter and receiver can be tested before starting. 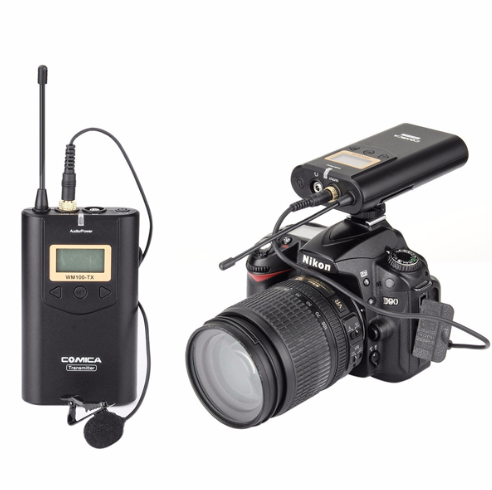 If you are using the big camera, you would surely need a tripod stand too. The vloggers mostly choose the tripods to keep the stability while creating the video. Also, they want to reach a wider angle if the lens is not wide. Thus, the tripod stand serves a wide angle to the cameras in the selfie mode too. 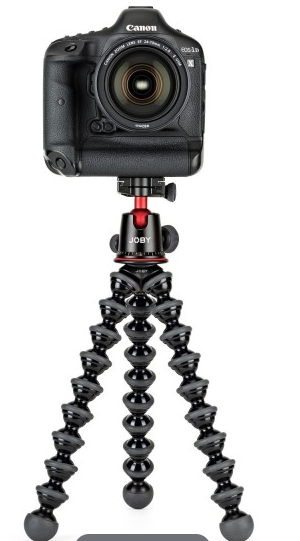 There is also the Monfrotto fluid head tripod stand with more sturdy base and capable to hold larger cameras. Also, these stands can be used to extend to a wider angle. It has a payload of up to 4 kgs. 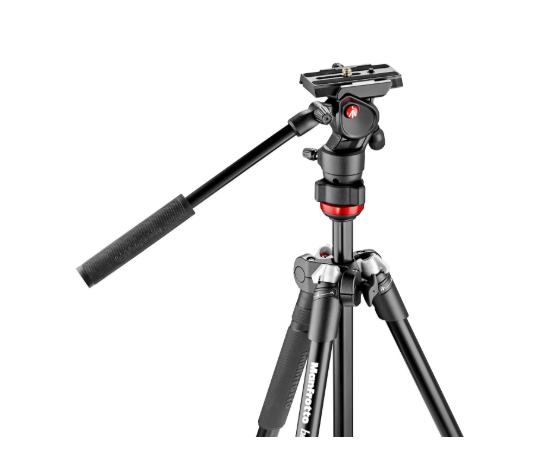 Lightning is the next big thing in vlogging. There are numerous lightning equipment for this purpose. It may vary as a ring light, softbox and box light.

Softbox lights are a kind of light emulator that duplicates the natural light. In other words, you can use this light to show the same light coming from the window. The softboxes may differ in shape; rectangular, octagonal and square boxes, etc. The most recommended products are Francierstudio 2400 W lightning kit and the 3 piece lightning softbox by StudioFX. 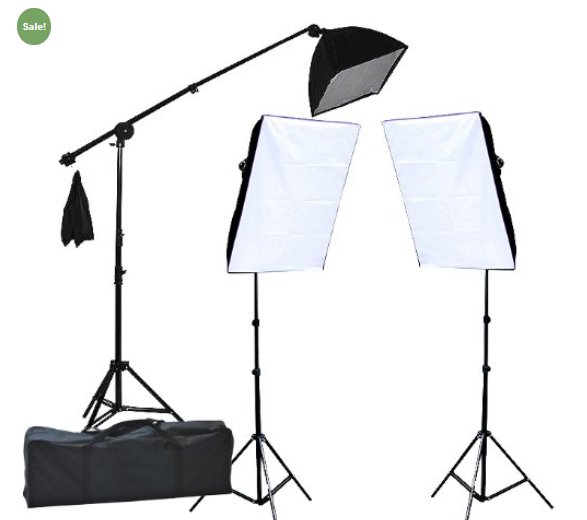 Ring lights are used by most famous vloggers such as PewDiePie and Casey. This light box emits the limited amount of light and eliminates the shadow to keep the video sharp. Some brilliant ring light types of equipment are offered by Limo Studio as Limo Studio Dimmable Fluorescent ring light and Stellar Photo CFL Ring light.

Once you are done with vlog recording, it is now important to edit the vlog. Adding the logos and CTA button as well as removing the lightning or improving it, improving the sound quality further; it is all done by these editing software.

Some of the best editing software I would recommend:

Developed and released by Pinnacle Systems as the consumer counterpart to pinnacle’s former professional-level software, liquid edition. Its available for Windows and iOS providing the professional-quality results. This product can be obtained for $129.95 from their website.

It best works with 64-bit version architecture computers. The total files size is about 1.6 GB to download which would require a high-end internet connection which further expands to 5 Gb of files on the local disk.

Its motion tracking tools let you isolate moving objects from still objects allowing you add effects to the moving objects instead of the background. It also gives you the flexibility to edit 360-degree videos which can be captured from any high-end video camera.

The multi-cam features let you collect footage from multiple sources which can be synced together to provide a seamless video. It is also well known for it stops motion feature. However, you cannot create animated GIFs with it. 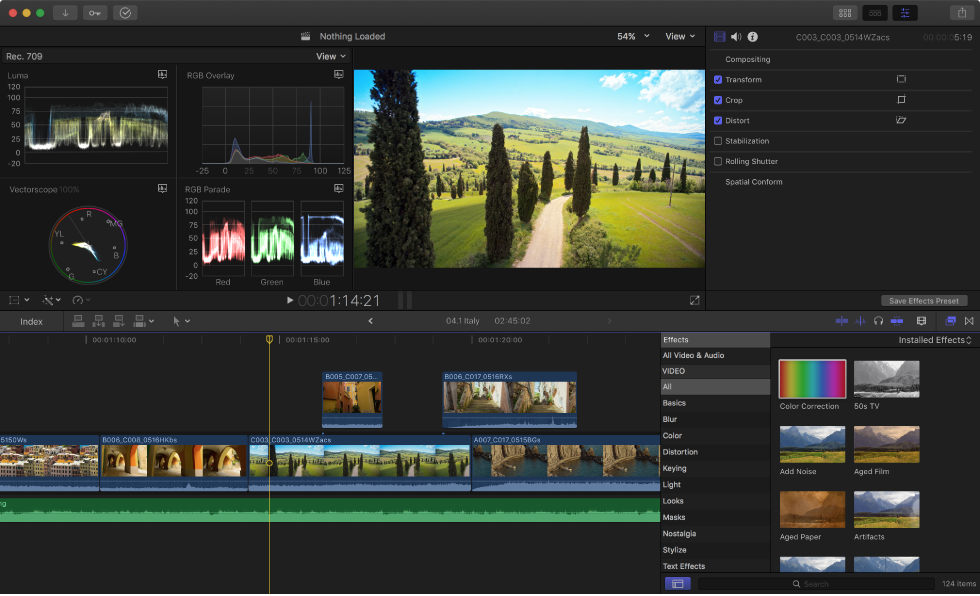 Apple Final Pro X (pronounced as” Apple Final Pro Ten”) is a professional non-linear video editing application which means a form of audio, video or image editing where the original content is not modified in the course of editing instead the different edits are modified and specified by specialized software. It was published by the Apple Inc. As part of their Pro Apps family of software programs.

Considering its price before and after, one can say it’s an upgraded pricing allowing you to install The new Final Cut Pro X to be installed on multiple MACs. The original price was around $999, and the new one comes at around $299. Comparing it to Adobe’s Competing Premiere Pro as part of Creative Cloud subscription for $19.99 per month.

These vlogging equipment are necessarily required if you are serious about creating the social media presence.

Watch This Video By Ashley Nicole to know more about Vlogging

Here are the best vloggers and influencers that you will love to know about and get motivated to start your own vlog. The best way to reach your goal is to read about the influencers.

Final Words: How To Start Vlogging And Make Money In 8 Easy Steps 2022

So, the key to being successful vlogger is to take each step wisely. Do not rush and create your unique content. Keep your audience engaged until they make it a habit to watch you.

I hope you have liked my guide on how to start a vlog in easy steps. If you have something to share, do write us in the comments section.