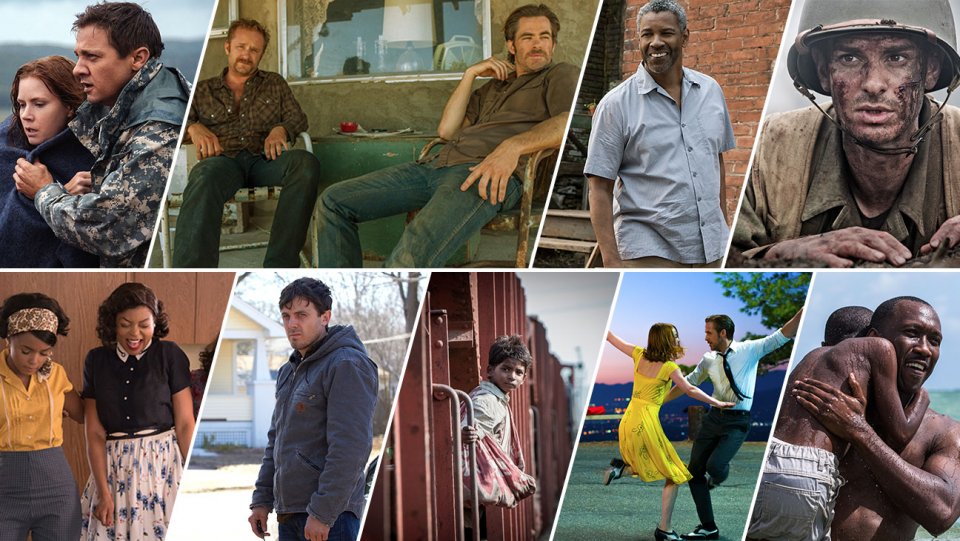 Nowadays it’s not really necessary for a movie star or simply a Hollywood celebrity to have a website. That’s because the social media platforms are so strong that for some people it’s really enough to run a Twitter account and an Instagram profile.

However, there are still plenty of actors who run their own websites and even try to write a blog on a weekly or monthly basis, that’s quite a heroic stuff, I must admit!

The problem is simple, too many actors’ websites look horrible and haven’t been updated for years. They look cheap and unattractive, I don’t believe that’s what these people aim for.

That is why we decided to compile a list of the most old-fashioned and bad looking websites among the actors’ portfolios or blogs and offer them the templates that will fit their needs and make their websites look magnificent and eye-catching! 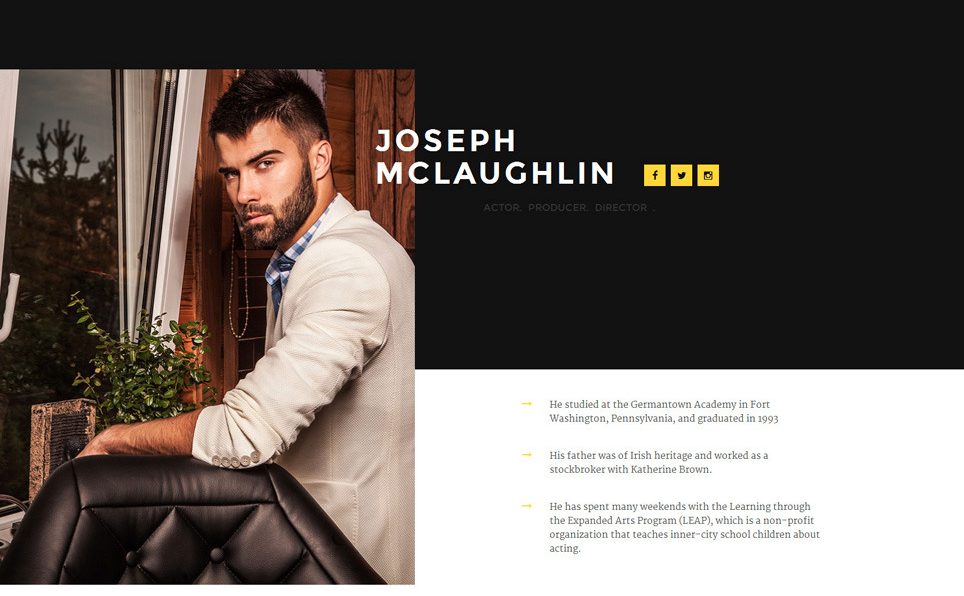 Pierce Brosnan is an epic actor who played Bond and looked so kickass that you couldn’t imagine him less attractive. Despite the fact that he is hot and cool in the movies, I wouldn’t call his website a stylish one.

That’s why I selected this template for his consideration. It has all the needed blocks: general profile, a widget with a list of photos and a good-looking grid with the movies he starred in. What else does a serious actor like Pierce need? 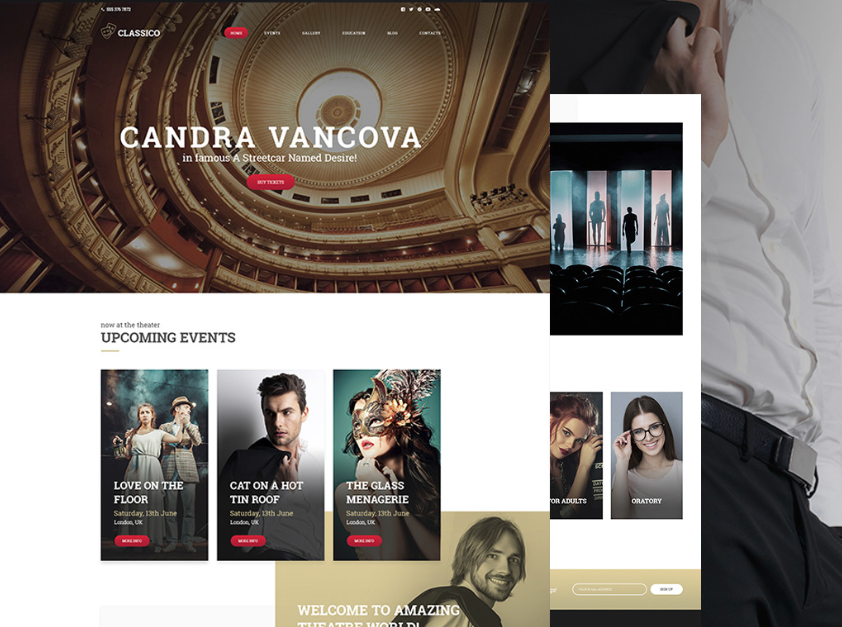 Sir Ian Mckellen has always been a very sophisticated man with a passion for acting and not only in the movies or TV shows.

He is starring in different plays pretty often and anyone who wants to see a play with him should check out his website with the schedule and announcements.

Basically, that’s the reason why I selected this classy template for him. The ‘Upcoming Events’ block will really come handy for advertising his upcoming plays and other events with his presence. 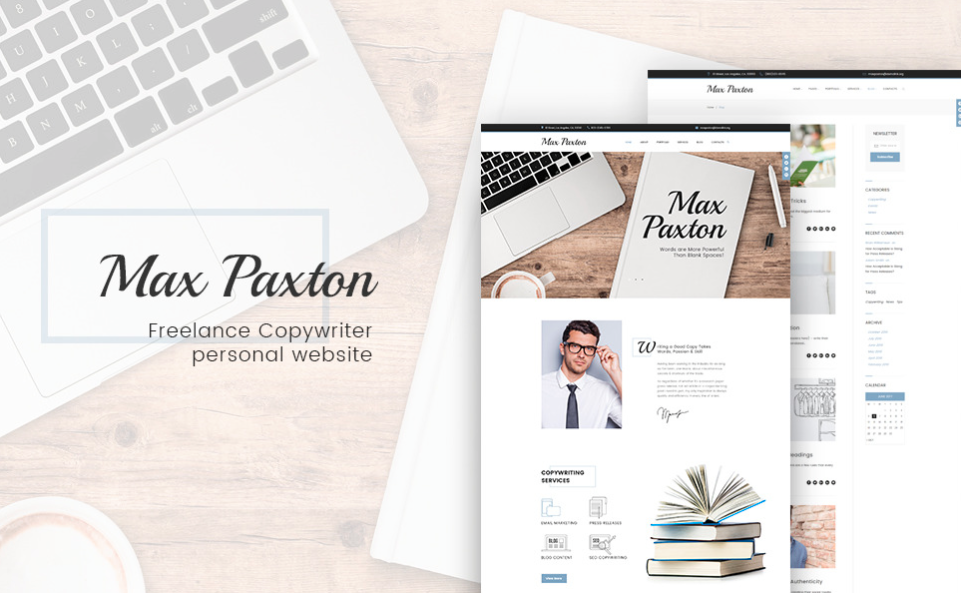 Sir Michael Caine is a very serious person and actor… Oh, wait, another Sir? Yeah, as you can see, those who are named ‘Sir’ are all sophisticated and serious as hell, but that’s not a bad thing, that’s something everyone should admire and adore.

His current website is not that bad if we are talking about the functionalities. However, it looks too old and lame. It really screams ‘I am an old and conservative person and I don’t care!’. Well, let me admit that I respect such approach, but still… It’s 2017 and you’ve got to be at least a little bit more hip! 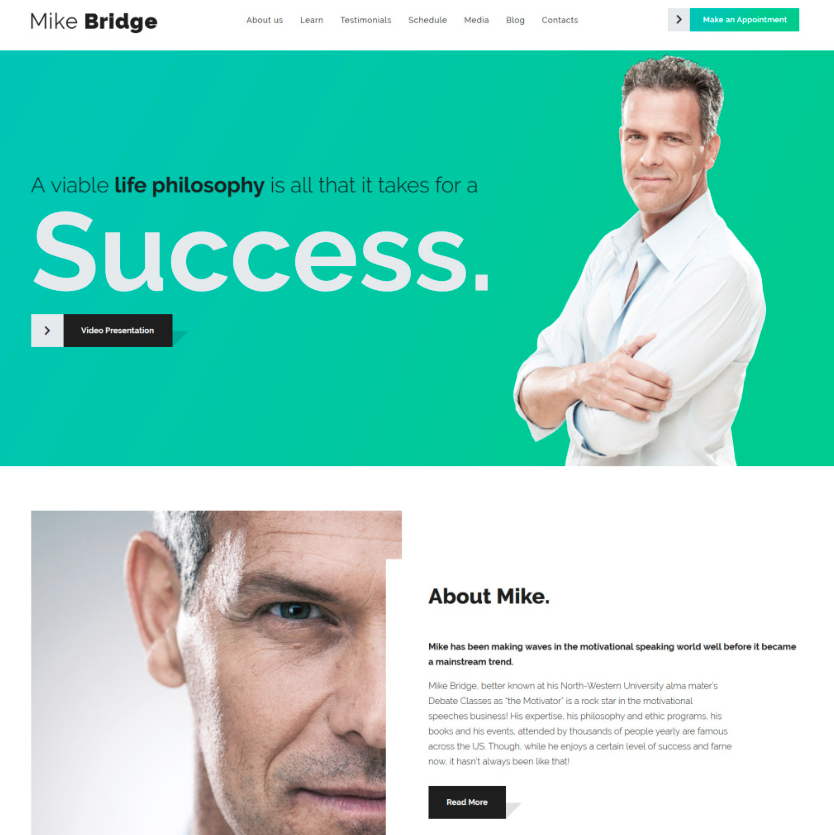 John Travolta is epic as hell, but his website is not that cool. To be honest with you, it’s not that bad, but he could make it more elegant. The template I’ve selected for his website is minimalistic and simple. It gives a chance to showcase a huge message for the fans on the top and tell them something about yourself a little bit lower.

A list of the latest news about him and his latest movies will look great alongside the module advertising the upcoming events where people can see him. 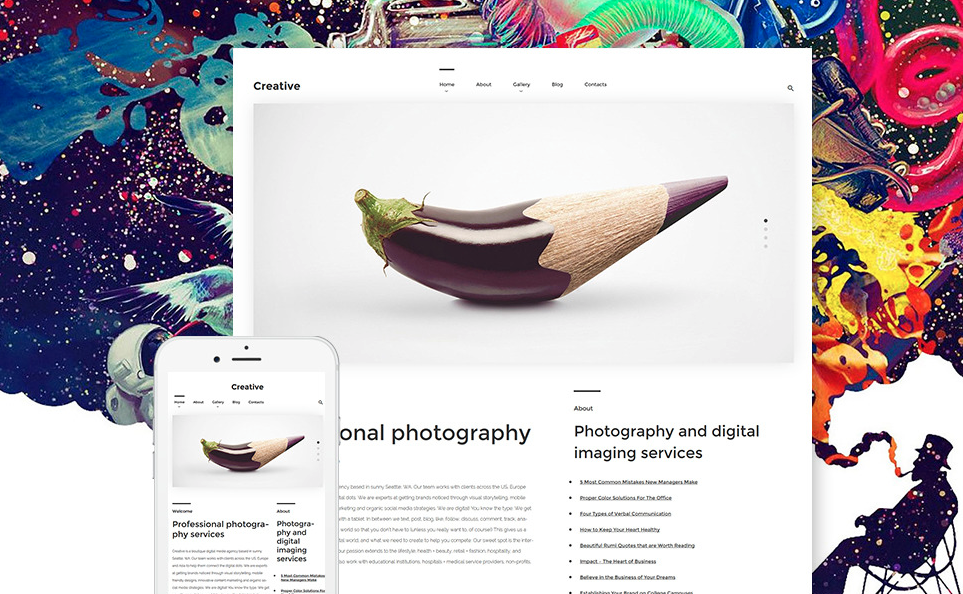 This website is the best example of a really old-fashioned blog. However, it looks very dull and sad, so I would recommend taking our creative template and sticking to it.

It’s not complicated because all the unnecessary widgets have been eliminated from it, it’s a great choice for a good personal blog with the latest news. 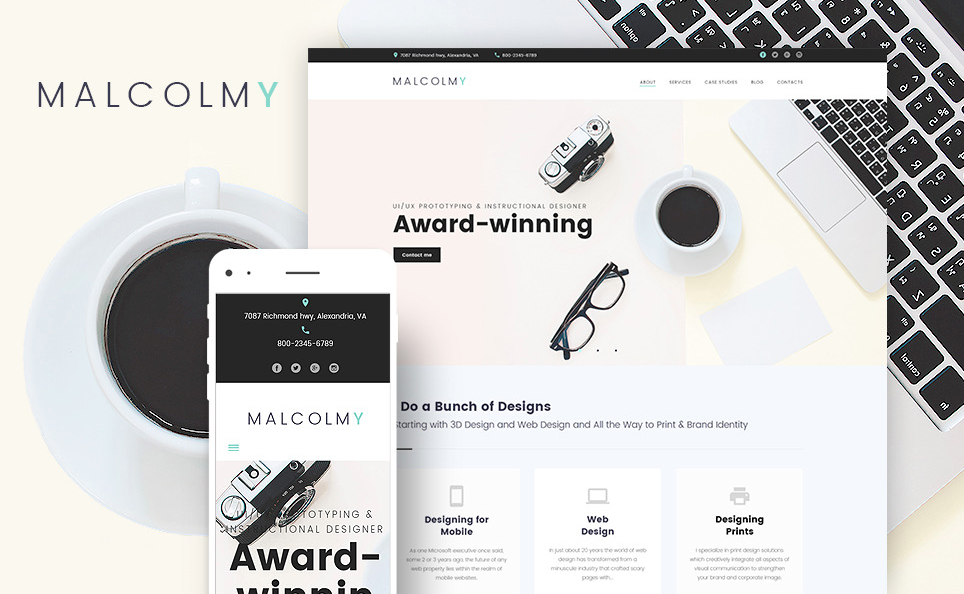 I would say that Sean Connery’s website became a meme and an example of the most old-fashioned website among all the movie stars. However, time goes by and you’ve got to do something about it, Mr. Connery!

To me, he was always a very serious man that looked like some kind of a politician. That’s why I would recommend him taking this template and customizing it a little bit. The color palette is awesome and the layout it not screaming ‘I am hip’, it looks like ‘I’m a confident and serious person, my dear visitor’! 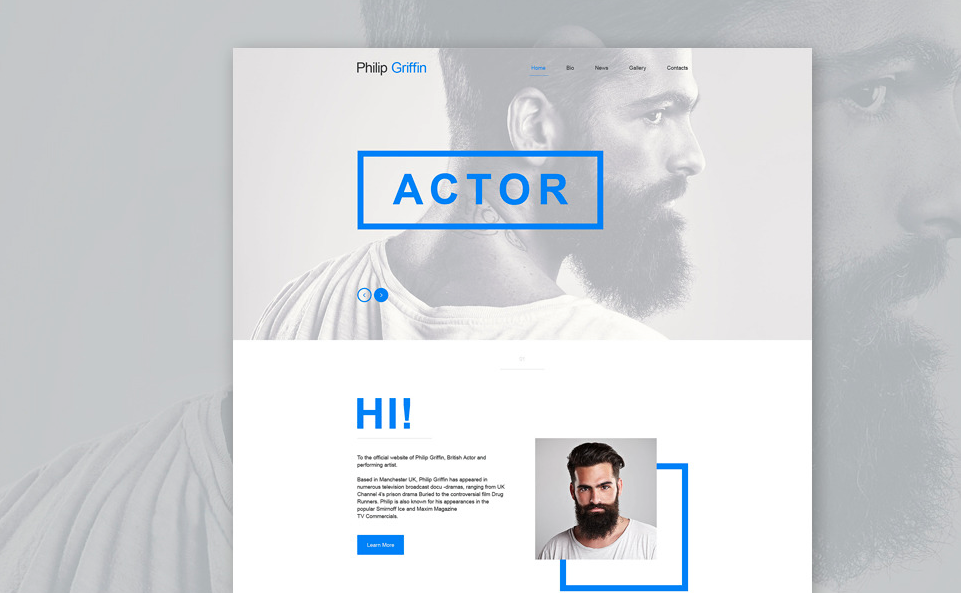 Sylvester Stallone is that type of person who likes to showcase his kickass biceps and to put a huge picture of his face on into the header. That’s why this template will be perfect for him. He will be able to put his photo there and type something like “SYLVESTER STALLONE”, that would look so epic like the explosions in the Michael Bay’s movies. 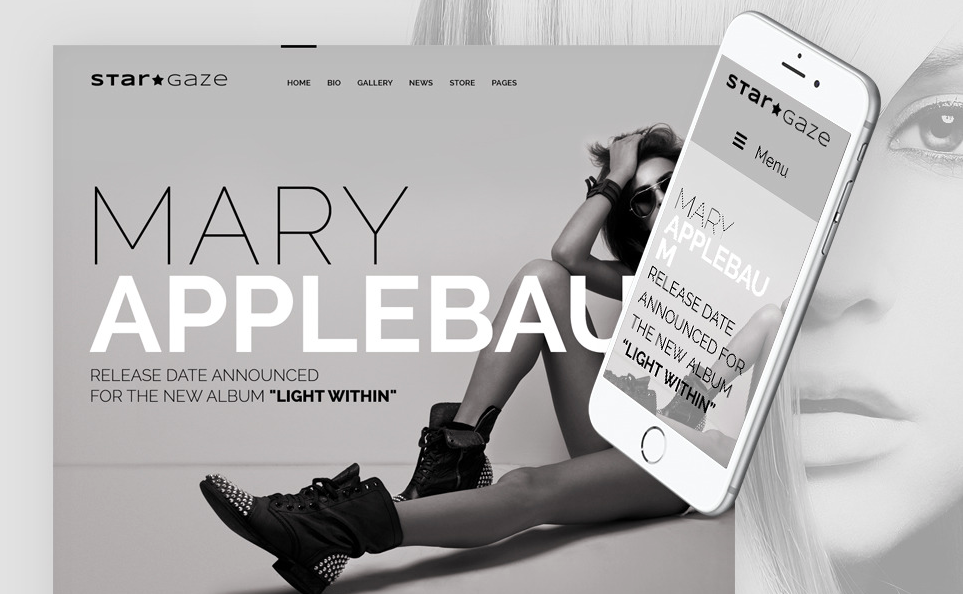 Tom Cruise is a very controversial actor. Some people love him and some people hate him. Personally, I am his big fan and that’s because I love his ‘Collateral’ movie, it’s one of my favorite of all times, I definitely recommend everyone to watch and re-watch it a few times, such a masterpiece!

The template was originally created for the girl, but since the customization process is so easy for our themes, Tom will even be able to customize it himself and make all the necessary changes to make it look like his own site.

Shopify Membership at TemplateMonster: Get the Most Lucrative Offer on the Web 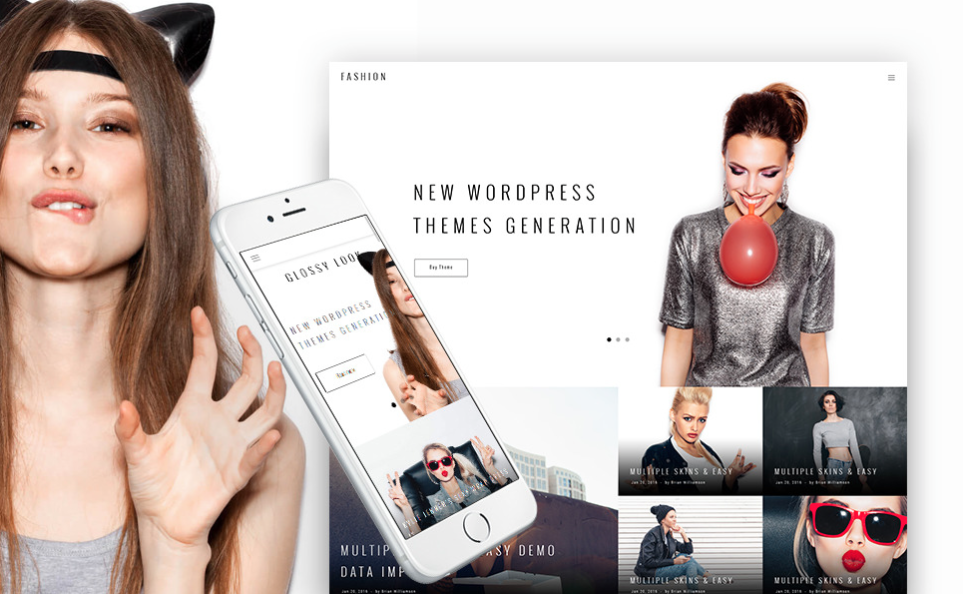 Matt Damon placed the links to all his movies on his website so anyone could enjoy them and that’s why I would recommend him this cute template. It will give him an opportunity to publish links to his movies with the featured image and title. These movies will be placed in the layout according to the grid and look very stylish.

The header will give a chance to feature the newest movie on the top.

Don’t miss a chance to change the look of your website or you risk to look ridiculous like the website owners mentioned above! Check out our premium website templates and you will definitely find yourself something fitting your project!

Megha Parikh is a digital marketing expert and has been journeying through the world of digital marketing for more than 7 years. She especially enjoys learning about social media marketing and conversion rate optimization while exploring her social and interpersonal skills. You can follow her on Twitter & Linkedin.