Top 10 Movies To Watch Out For An Entrepreneur

“Fortunately, right now ‘entrepreneurship’ is one of the business world’s biggest buzz words and so many young people in our country are looking up to this new generation of CEO’s as their modern day rock stars. Whenever you have that effect, it makes the job of promoting entrepreneurship much easier.” (Daymond John)

Following the leaders in the market of entrepreneurship is not the only thing that will make you climb the ladder of success. But you will also need to know the different tricks of the trade to understand the market and its trends.

It is always been believed that humans have the capacity to retain visual images better than written knowledge. Therefore, anything that provides visual imagery is better than the written part. There is nothing more vibrant or colorful than the motion picture category. Whether it is Bollywood or Hollywood, movies have always influenced people worldwide. Movies like Godfather, Rocket Singh-Salesman of the year and many more have left their lasting mark on modern day entrepreneurs.

Well, when you are trying to master the art of entrepreneurship, you will need to understand the different qualities of an entrepreneur. I believe that the best way of doing that is watching the best 10 movies in the same genre.

Top 5 Hollywood movies to watch out for an entrepreneur

Well, when it comes to Hollywood, you will see directors going overboard with their scripts. However the below mentioned movies are some of the best that you can watch to get a hang of the skill called entrepreneurship. 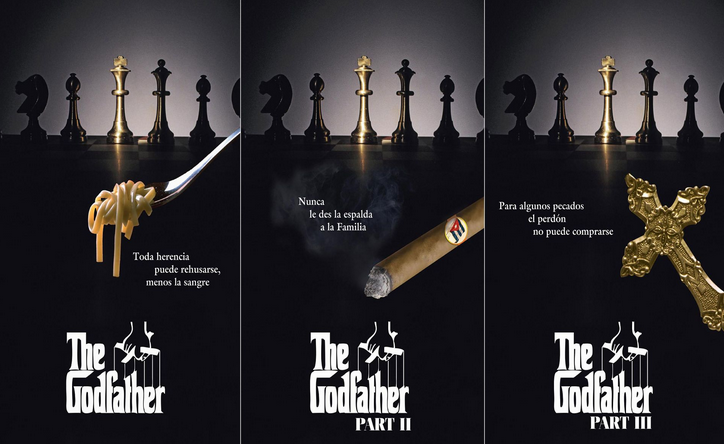 When Don Veto Corleone says, “I’m gonna make him an offer he won’t refuse,” he underlines one of the best advice in domain of entrepreneurship. This thought is carried in all the subsequent parts of Godfather, which makes the movie trilogy one of the best. When Mario Puzo wrote the book, he never actually thought of it turning into a movie that will inspire future entrepreneur. It was initially written as a crime thriller. Starting from a small family business, Don Corleone along with his son, Michael Corleone make themselves the largest organized crime family in the city of New York.

The magic in this movie is not the crime or the thrill of the scenes but the manner of dealing with various situations prevailing in the crime world.

This movies reveals some of the best plot points, which will teach a upcoming entrepreneur to deal with the prevailing situations in the market. It is best to watch the whole trilogy as techniques of entrepreneurship followed by Don Veto Corleone and his son are quite different to each other. One of the best things a future entrepreneur can learn by watching this movie is how to fight opposition at all costs. 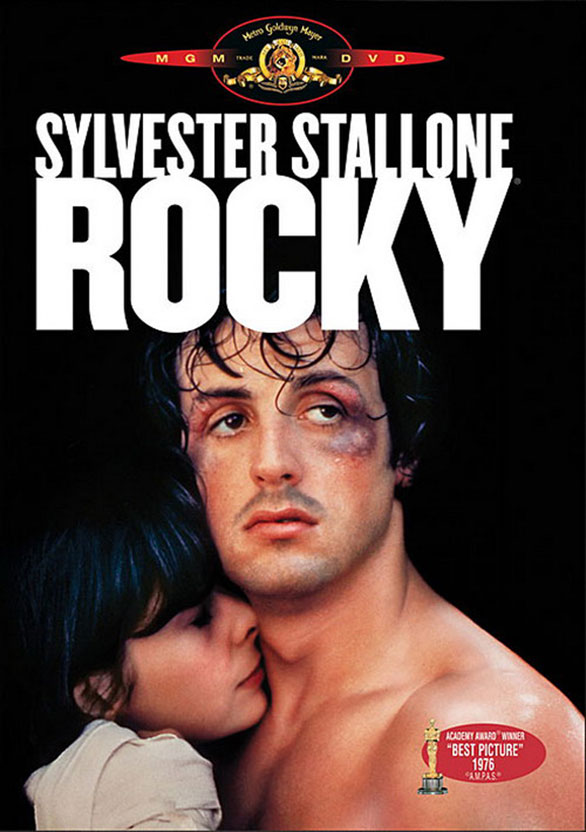 Released in 1976 and starring Sylvester Stallone in lead role, this movie captured the ever increasing hardships of a boxer. Underlining the biggest underdog story, it created a much needed opportunity and winning scenario for Rocky. The reel life hardships shown in this movie creates the much needed situations, which depict the everyday turmoil of any entrepreneurs life.

The movie depicts the struggles of an underdog in a proper manner. Therefore, when Rocky triumphs in the Heavyweight Champ, it would give any future entrepreneur an adrenaline rush. This movies shows how to regulate your moves to win the big competition in the market, which is essential for any  mom-and-pop ventures. 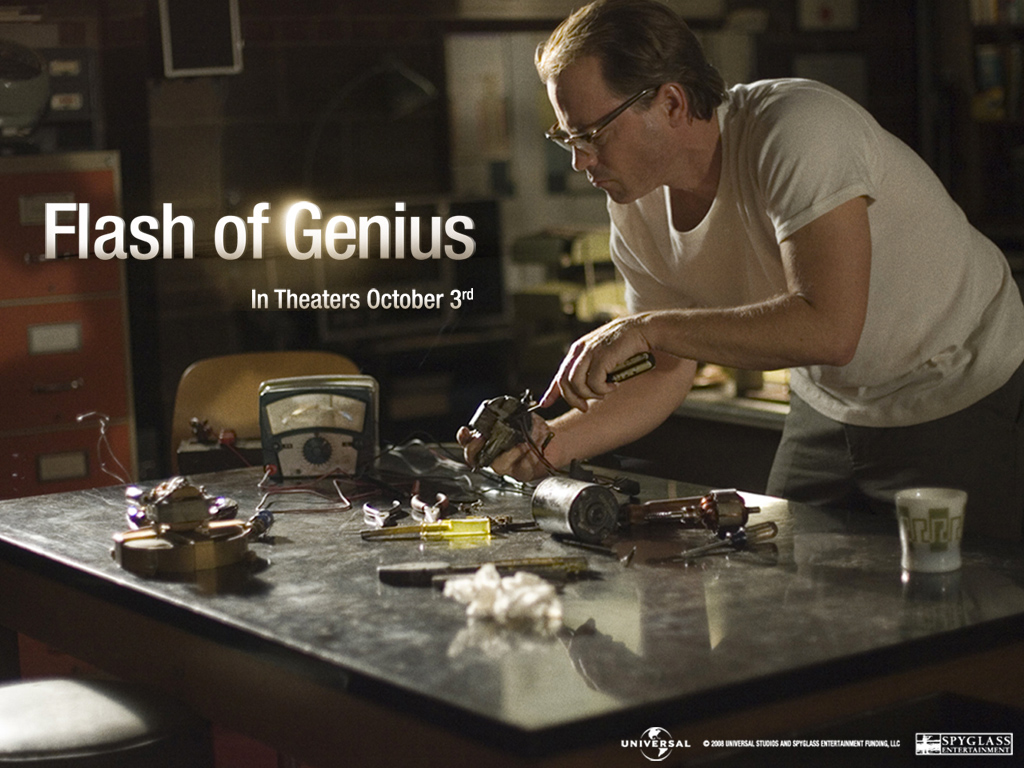 The battle of Robert Kearns (Greg Kinnear) is depicted through different twists and turns in this movie. Released in 2008, this movie actually portraits the struggles and battle of an inventor with the big giants of the automobile industry when his idea is stolen by them. Once is idea is out in the market it is made a standard for all cars.

However, his due is never given to him. His fight to get the credit for his invention is the main plot of the movie. The main thing to learn form this movie is how to protect all your ideas from being stolen by the big shots in the market.

This movie actually underlines the struggles and triumphs of the geniuses who created Apple and Microsoft. This movies showcases the early struggles of both Bill Gates and Steve Jobs. Focusing on different operational difficulties and financial woes, this movies is almost like a picture perfect guide for future young entrepreneurs.

Watching this movie, I realized that why Bill Gates and Steve Jobs are considered to be inspirations for many entrepreneurs. The road to becoming the founding fathers of the tech world was never smooth, which is the same case for many upcoming entrepreneurs.

5) The Pursuit of Happyness: 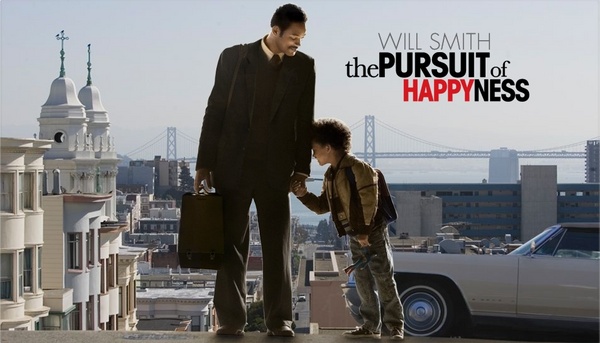 Released in 2006, this movie was initially considered to be a story about a commoner trying to support his family financially. But now this movie is considered to be the best example of how a new entrepreneur should overcome his obstacles. Trying to make the ends meet, Christopher Gardner (Will Smith) grabs of the opportunity of selling stocks, however without any pay for 6 months.

He keeps on his struggle of medical devices that have no demand in the market. Even after being homeless, he does not let go of his dreams. He keeps on going till he succeeds in his pursuit.

Top 5 Bollywood movies to watch out for an entrepreneur

Bollywood movies are always known for their colorful locations and couples dancing around the trees. However in the recent times there has been a new genre of movies, which have struck an even cord in the hearts of many. Tapping the entrepreneurship skill of people from different walks of life is the main theme of these movies.

6) Rocket Singh Salesman Of the Year: 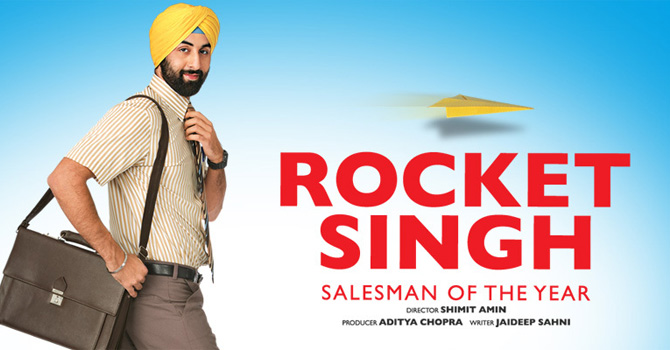 Ranbir Kapoor playing the loser, Harpreet Singh Bedi, with only around 40% in B.Com does a convincing role of a pure and sure entrepreneur. Honest and hardworking, the only job is gets is of a salesman in huge corporate firm, AYS. However, soon he realizes that 90% of the times the company works on bribes. When he starts to protest, he is ridiculed for his honesty and over smart attitude.

This leaves him demotivated and disillusioned. In a fit of brain storming, he decides to build his own sales company called Rocket Sales Corp under the same roof, which creates benchmarks for customer satisfaction. But eventually AYS finds out, which results in the closure of  Rocket Sales Corp.

However, as the clients are already used to the guaranteed service of  Rocket Sales Corp, they start demanding the same from AYS. Failing miserably, AYS start losing a lot of money. Finally Rocket Singh gets his company back. The main lessen to be learned here is when you are serving customer you will need to think about their satisfaction before you start thinking about your payments. 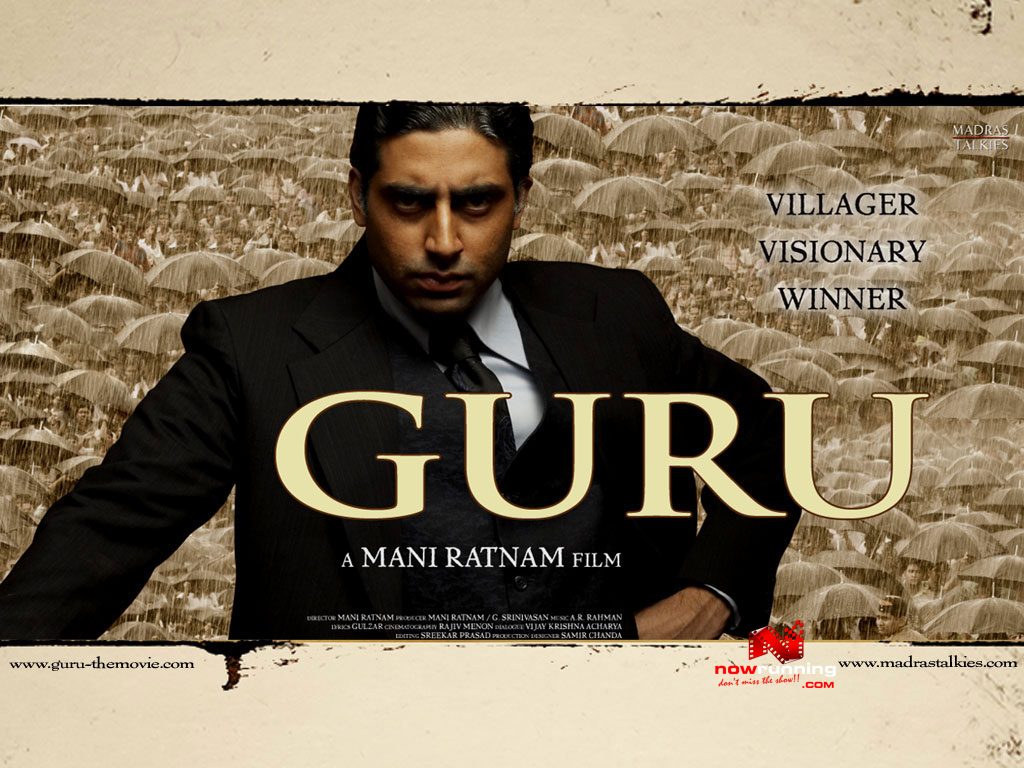 Loosely based on the life of Dhirubhai Ambani, this movies portrays some of the best straits of an entrepreneur. It shows the guts and hard work of one man who decided that he will not be a commoner anymore. A rags to riches story, this movies underlines the struggles you will face when you start your own business.

The speculations and market research shown in this movie are some things that have become necessary in today’s market. The amount of self confidence needed for running a business through different circumstances is the main take away from the movie. 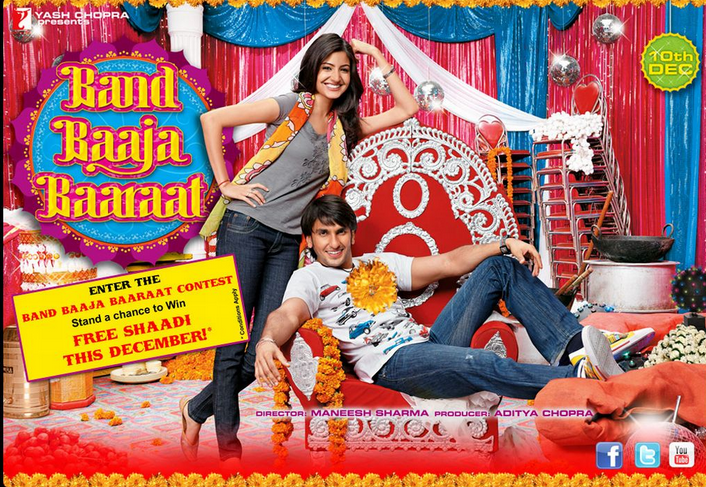 Who ever said that wedding planning is going to go places was not wrong. Focusing on the ever increasing and high demand market of wedding planning in Delhi, this movies showcases the struggles of two people. This movie also portrays that there is no rule book that you need to follow when starting your own business.

Bittoo and Shruti deflect from the clan of wedding czar Chanda Narang to create “Shaadi Mubarak”. From capturing small times clients to big shots, this movies gives you a fair idea of what can happen in a partnership. The best thing to learn from this movie is the selling and convincing style that is required for capturing clients and customers. This movie gives you a fair idea of how to be a team player. 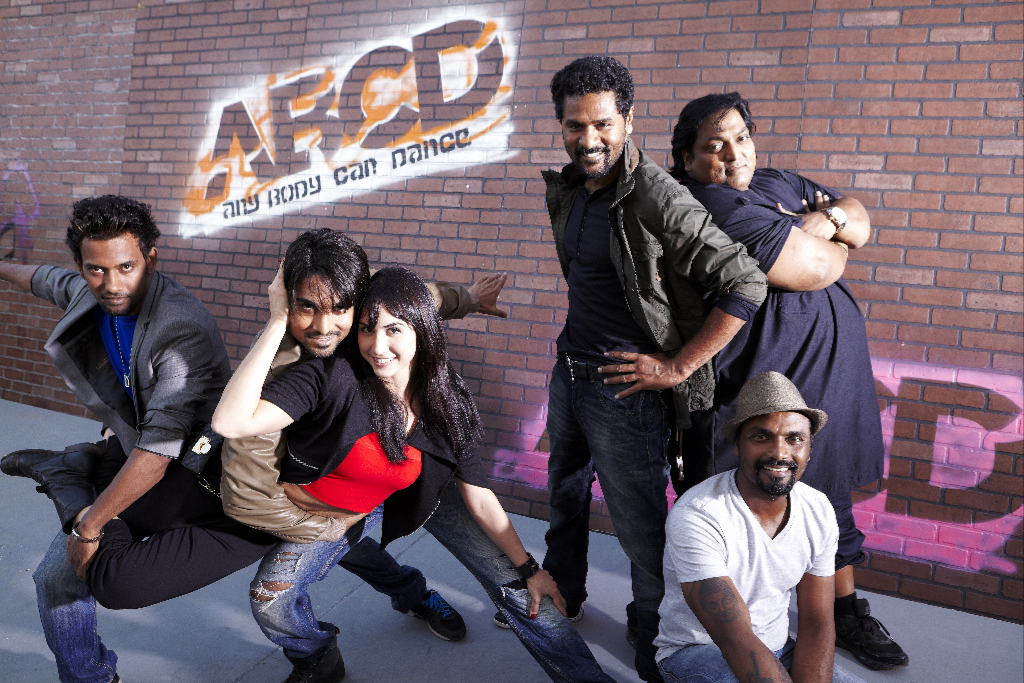 Anybody Can Dance: When I first saw the movie, I really never considered it to be a good entrepreneur film. However, watching it again made me realize that this movie has lot of things that are essential in an entrepreneur. The failure of Vishnu as a choreographer in Jehangir Dance Company (JDC) is heart breaking.

But as Vishnu comes to live with his friend in suburban Mumbai, he realizes that going back to his home town is not the solution for his problems. He starts thinking of creating his own dance group after seeing a couple of youngsters in the area.

He trains them to become the best in dancing and succeeds when they compete against JDC. This movie will inspire you to overcome the obstacles in your life along with giving you insight on how to look beyond your failures and hard ships. 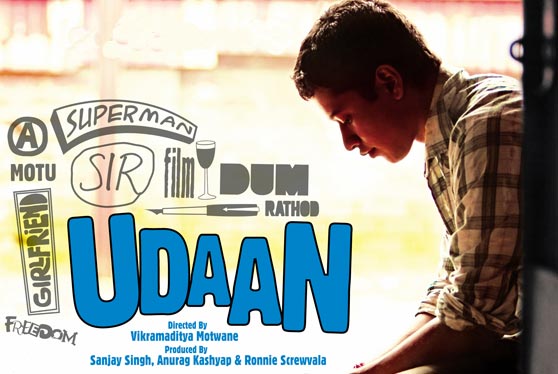 Released in 2010, this movie is not considered to be an inspiration for upcoming entrepreneurs. However, I feel that every entrepreneur should see this movie to understand the concept of going behind his or her dreams. Rohan is driven by his father to become an engineer while he wants to pursue his dream of being a writer.

Being rejected again and again by his father propels Rohan to runs away from home in pursuit of his dreams. Young entrepreneurs will face rejection and taunt time and again, which they need take in their stride and keep walking.

Movies have inspired many in the all walks of life. Watching the above mentioned ones will inspire you to become better entrepreneurs in future.

Any more films you want to recommend in Entrepreneurship, please share in the comments below. Would be happy to know that !

Christine Williams is an experienced Portland based web content writer for Affiliatebay.net and she is writer by day and a reader by night. Her passion for helping people in all aspects of internet marketing industry flows through in the expert industry coverage she provides. She cover a wide range of niches, and share articles around popular products and online services. She also writes for many leading magazines like Forbes, NY times and she is a firm believer in giving back to community through her content pieces.