In this article, we will discuss the Top 26 Programming Interview Questions 2023

When interviewing a potential candidate for a programming position, there are certain questions that you should be prepared to ask in order to get the most out of the conversation.

Asking the right questions can help assess a person’s technical abilities, problem-solving skills, and understanding of coding concepts. Here are some great programming interview questions to consider asking during your next job interview or giving one.

Here is the list of top Programming Interview Questions you should know:

What Is The Difference Between NULL and VOID?

NULL and VOID are two similar concepts in programming. NULL is used to refer to an object that has no value, while VOID is used to specify an empty function or a function with no return type.

What Is A Recursive Function?

A recursive function is a special type of function which calls itself as part of its execution. It provides a concise way of solving problems that can be broken down into smaller sub-problems of the same kind.

How Does The Recursive Algorithm Works?

A recursive algorithm works by breaking down the problem into smaller and smaller sub-problems until it reaches a base case that can be solved easily without recursion.

Fibonacci search is an efficient searching algorithm based on the divide and conquers principle. It divides the input array into two parts depending upon the middle element and then searches for the target element in one of the two parts.

Why Do We Use Huffman’s Algorithm?

Huffman’s algorithm is used to compress data efficiently by encoding each character in a string with a shorter bit representation. It relies on assigning shorter codewords for frequently occurring characters and longer codewords for less common characters.

An AVL tree is a self-balancing binary search tree that keeps track of the balance factor of each node in order to ensure that the tree remains balanced during insertions and deletions.

Can You Explain Multi-Dimensional Arrays?

A multi-dimensional array is an array with multiple dimensions (i.e., rows and columns). It can be used to store a set of related data items, such as the coordinates of a point on a graph or even an image.

How will you reference all elements in a one-dimensional array?

Data structures are used to store and organize data in a computer system, allowing for efficient retrieval and manipulation. They are typically implemented using arrays or linked lists and can range from simple linear structures like stacks or queues to more complex trees or graphs. 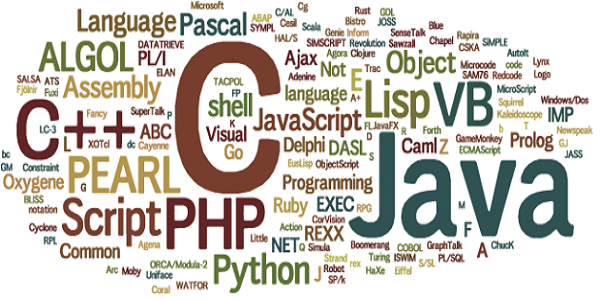 The DRY principle stands for Don’t Repeat Yourself and is a programming principle that encourages avoiding redundancy in code by writing code once and reusing it as much as possible.

What Is A Compiler?

A compiler is a program used to convert source code written in a high-level language into an executable program that can be run on a computer. The compiled program will then execute the commands specified in the source code. Compilers are necessary for programming languages such as C, C++, and Java.

What Is A Deque?

A Deque (double-ended queue) is a type of linear data structure that allows elements to be inserted and removed from both ends. It can act as either a FIFO or LIFO, depending on which end values are being accessed.

Doubly Linked Lists are data structures composed of nodes containing two pointers, one pointing to the previous node and another to the next node in the sequence. They are useful for traversing a list in both directions and allow quick insertion and deletion of nodes.

Explain what a Binary Search Tree is.

Binary Search Trees (BST) are another type of data structure that stores elements sorted in a way to allow faster lookup. Each node contains two pointers, one pointing to the left child and the other to the right child. The values stored in each node must be greater than their left child but less than their right child.

What is the OOPs concept? What are the concepts introduced in OOPs?

Object Oriented Programming (OOPs) is an approach used for programming that allows developers to create objects with properties, methods, events, and more. It increases code reusability by allowing developers to use existing classes as references when creating new ones. OOPs provide better code readability and increase the efficiency of code organization.

What are Binary Trees?

Binary Trees are data structures consisting of nodes that can have up to two children. They are used mainly for sorting elements in an efficient manner as it requires less memory compared to other data structures such as linked lists or arrays.

What is a Queue?

A Queue is a linear data structure where elements are added to one end (the rear) and removed from the other end (the front). A FIFO (First-In-First-Out) approach is used when adding and removing values, meaning that the element inserted first is also the first to be removed.

What is C Language?

C is a procedural programming language developed in 1972 that has been used extensively for systems programming and creating applications with embedded code. It supports dynamic memory management and provides control over hardware resources like interrupts and memory buses.

What is Dynamic memory allocation in C?

Dynamic memory allocation in C refers to the process of assigning memory at runtime rather than during compile time. This is done using functions such as malloc(), calloc() and realloc(), which allocate memory and free it when no longer needed.

What is call by reference in functions?

Call by reference is a concept used in C programming where the argument passed to a function is the address of a variable rather than its value. This allows changes made to the parameter inside the function to persist outside of it as well.

Enumerations are user-defined data types that allow for elements with unique names to be represented as integers within a program. They offer an easier and more efficient way of handling large amounts of related information compared to using multiple individual variables.

Data abstraction is a technique used in programming to hide unnecessary technical details, such as memory allocation and variable declaration, from the user. The goal of data abstraction is to simplify usage while giving the user all the necessary information required to use the program.

It allows programmers to focus on how their code works without getting bogged down in implementation details that are not relevant to the end user.

Variable declaration affects memory allocation by requiring a specific amount of space in RAM (Random Access Memory) for each declared variable and assigning it an address, thus allowing easier access and manipulation of stored data.

Dynamic memory allocation helps manage data by providing flexibility with regard to the size of variables’ data storage areas – if more room is needed later, more can be allocated.

An AVL tree is an example of a self-balancing binary search tree, which means that it maintains its balance even as nodes are added or removed from the tree. All elements in a one-dimensional array can be referenced using indexing, where each element is identified by its position number within the array.

Why Do Adding Comments To Code Highly Recommended?

Some areas that leverage data structures include artificial intelligence, computer graphics, and databases. Adding comments to code is highly recommended for clear communication and maintainability; when others look at your code in the future (even yourself!), it’ll make more sense if there are comments to explain the purpose and logic of each line.

Debugging is the process of finding and fixing errors or bugs in a computer program, while testing involves running a program and checking that it behaves correctly.

The top-down design approach starts with creating an overall picture of the system before focusing on individual components, while the beta version of a computer program is a pre-release version that may contain unfinished features or known challenges.

By asking these questions during your job interview, you will be able to get a better understanding of the candidate’s technical qualifications and problem-solving skills.

In addition, these questions can help reveal how passionate someone is about programming and their ability to stay up-to-date on emerging technologies.

With this knowledge, it should be easier to identify the best candidate for the position. All this makes these questions important for someone giving an interview as well.