Over-the-top (OTT) streaming services are becoming increasingly popular as more people cut the cord and switch to digital media. But what do the numbers actually look like?

How much money is being spent on OTT services and how much content is being consumed? Here’s a look at some of the most important OTT statistics you need to know in 2023.

According to a recent survey, an average of nine hours per week is spent watching streaming services. This number is expected to rise as more people switch from traditional television to digital media.

On top of that, the average person watches two different streaming services each month. That means that the total amount of content being consumed continues to increase steadily year after year.

The Amount of Money Being Spent

In 2021, it’s estimated that $32 billion will be spent on OTT subscriptions alone. That’s an astounding amount of money just for one year! It goes to show just how popular these services have become and how willing people are to pay for access.

Plus, with more subscription options on the horizon, it’s likely that this number will only grow in 2022 and beyond.

Mobile Use Is Increasing

One interesting statistic about OTT usage is that mobile devices are becoming increasingly popular for watching content. In fact, over 58% of all streaming content is now watched on a phone or tablet device rather than a TV or laptop computer! This figure has steadily increased since 2018 and shows no signs of slowing down anytime soon.

This statistic is particularly important when considering which platforms you should target with your ad campaigns. You may want to consider investing more resources into mobile-focused strategies as they will give you the best return on investment in terms of reaching your target audience.

This shows just how important it is for companies to ensure their content looks good across multiple platforms if they want to stay competitive in this market.

More money is likely to be made when there are more people watching. There are a lot of people from all over the world who use OTT. Here are a few facts about how much money OTT platforms and the industry as a whole make in the global market.

Want to know what’s new in the OTT market? Here are some notable OTT statistics for 2022:

Without a doubt, OTT is what all adults around the world like best. If you are one of them, you should know some facts and figures about OTT platforms. In the next section, I’ll talk about some general statistics about OTT.

Without OTT users and audiences, OTT platforms would have never been a success. One reason why OTT has been so successful is that users pay their full attention to it. Here are some important facts about OTT users that you should know

32. Around 240 billion hours of video were streamed on mobile devices in the 4th quarter across the globe in the year 2020.

33. 65 percent of the time, OTT is looked at on mobile and TV apps while online video is being streamed.

34. Apps like Netflix, YouTube, Amazon Video, Hulu, and Disney+ are used for 83% of OTT streaming in the US.

36. 40% of people stop watching what they’re doing to look at and buy ads.

37. People who stream often find out about a new product or service 66% of the time while streaming.

38. 86% of viewers are willing to pay for the same subscription service or another one.

42. By the end of the year 2027, there are expected to be more than 761 million active users of OTT video downloads.

43. The average adult watches about 38 hours of video content every month.

44. 88% of adults in the US use OTT SVOD platforms to watch shows and movies.

45. 82% of adults in the US use OTT AVOD platforms to watch shows and movies.

47. 5 percent of all OTT viewing time in the US is spent on TVOD platforms.

How people use their devices tells a lot about the OTT industry and where creators should put their efforts. For example, a lot of people stream YouTube videos on their phones, but the TV is still the most popular way to stream OTT content.

With more than 300 OTT platforms to watch content and advertise products or services in the U.S. alone, you might be wondering which ones are the most popular.

If that’s the case, we’ve put together a list of OTT platform facts that will blow your mind. Below are the most important OTT statistics for 2022, broken down by platform: 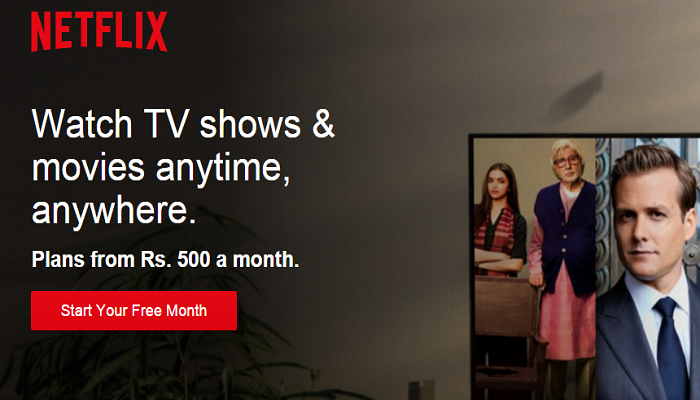 Netflix is one of the most popular streaming services out there, and it’s only getting bigger. As more people are opting to stay home and binge-watch their favorite shows and movies, Netflix is taking over the streaming world. Here’s a look at some of the most impressive Netflix statistics for 2022 so far.

Amazon Prime Video is an online streaming service offered by Amazon. It offers users access to a huge library of movies and TV shows on demand, as well as the ability to rent or purchase new releases. With an Amazon Prime account, users have access to all of these benefits without any additional charges.

The content available on Amazon Prime Video varies depending on your location and the type of subscription plan you purchase. However, most plans include access to thousands of movies and TV shows in HD quality. There are also some exclusive titles available only to Amazon Prime subscribers. Additionally, users can purchase or rent new releases, as well as download content for offline viewing. Let’s go through its statistics for 2022

Over the past years, YouTube has become an integral part of our lives; it is a platform for creativity, entertainment, and education. Whether you are looking for a tutorial on how to make something or a music video to relax after a long day, YouTube has something for everyone. Check out these amazing YouTube stats to see how popular this streaming service is.:

TikTok is the fastest-growing social media platform right now. It has gained immense popularity since its launch in 2016 and continues to be a juggernaut in the industry. But what can we expect from the platform over the next year? Let’s take a look at some of the most interesting TikTok statistics for 2022 that will help marketers, advertisers, and social media enthusiasts make informed decisions about their strategies.

Hulu is one of the most popular streaming services in the United States, offering both free and paid options for viewers. But what are some of the latest statistics on their viewership? Here’s a look at some of the most interesting numbers surrounding Hulu in 2022.

HBO Max lets users stream a wide range of TV shows and movies on their TV, mobile phone, and other devices.

Check out these interesting HBO Max statistics to learn more about this powerful OTT platform:

Among the OTT streaming platforms, Disney+ is a relatively new player. Here are some of our favorite Disney+ statistics:

With these mind-blowing OTT stats for 2022, you can see how OTT is expected to grow worldwide:

More people are getting rid of their cable subscriptions and switching to OTT streaming services to watch their favorite TV shows and movies.

So, advertising on OTT platforms is one of the best ways to promote your products or services while the people you want to reach are watching videos.

Check out these mind-blowing statistics about OTT ads to learn more about how they can help you.

Let’s explore what has made OTT platforms so popular in 2022 and whether or not this trend is likely to continue into 2023.

The Rise of Streaming Services

The rise of streaming services can be attributed to a few different factors. For starters, streaming services offer an easy way to watch the latest TV shows and movies without having to wait for them to air on traditional cable networks.

This allows people to stay up-to-date with their favorite series without having to worry about missing out on new episodes or specials.

Additionally, streaming services also offer consumers convenience. You no longer have to leave your house or stand in line at the movie theater; you can simply access what you want from the comfort of your own home.

Finally, streaming services are often cheaper than traditional cable subscription packages which makes them even more attractive to budget-conscious consumers.

One of the main reasons why OTT platforms have become so popular is because they offer viewers a vast selection of content that can be streamed anywhere, anytime. This means that instead of having to wait for a show or movie to air on television, viewers can access their favorite shows whenever they want, wherever they want.

As a result, more and more people have been signing up for these services as a way to watch their favorite movies and TV shows at their own convenience.

Another reason why OTT platforms have seen such huge popularity in 2022 is that they are much more affordable than traditional cable packages. With cable, you often need to pay hundreds of dollars per month for access to hundreds of channels that may or may not offer content that you are interested in watching. On the other hand, with an OTT platform like Netflix or Hulu, you only need to pay a fraction of the cost and get access to thousands of titles without ever needing to worry about missing out on your favorite shows.

Finally, one major factor that has contributed significantly to the success of OTT platforms is the rise of original content produced by these streaming services themselves. Netflix is probably one of the best examples here – they have been producing some truly groundbreaking original series such as Stranger Things and The Crown which have gone on to become global sensations!

This kind of success has encouraged other streaming services as well as traditional networks and networks alike to invest heavily into producing their own original content, thus driving up demand for these services even further.

Will This Trend Continue?

It is hard to say whether or not this trend will continue into 2023 but one thing is certain; streaming services are here to stay. In addition to providing convenience and affordability, streaming services also offer a wide range of content that caters to specific audiences so it’s likely that they will remain popular among consumers in the coming year.

Additionally, with more and more studios producing original content exclusively for these platforms, it seems like there is plenty of room for growth in this industry.

Overall, there’s no doubt that OTT streaming services are here to stay. With more people cutting the cord in favor of digital media and spending billions of dollars on subscriptions each year, it’s clear that this technology isn’t going anywhere anytime soon. By understanding these key OTT statistics, website owners can better prepare themselves for success in the future by adapting their strategies accordingly. After all, knowledge is power!

With over 15 years of expertise in personal branding, self-development, and financial literacy under her belt, Alisa has earned a reputation as an accomplished keynote speaker. She is also an expert on topics ranging from self-development, Business News to investment and gladly shares this knowledge with audiences through keynote speaking engagements as well as writing craft workshops for local writers' groups and book conferences. Out of her deep knowledge of writing craftsmanship, Alisa also offers online fiction courses to guide aspiring authors to reach success through story composition excellence.