Pinterest Statistics You Should Be Aware Of In The 2022

The company was founded in March of 2010. Ben Silbermann is the CEO of Pinterest. Their headquarters are in San Francisco, California. 2545+ employees are currently employed in the company. 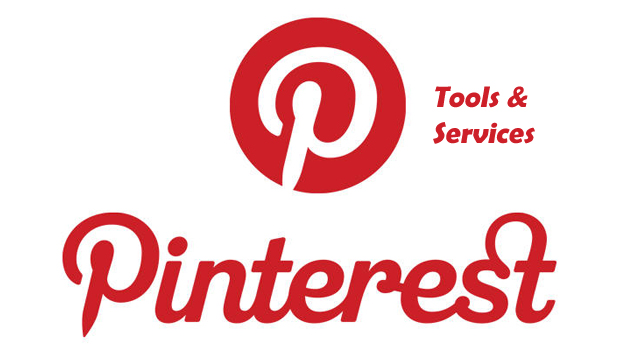 Pinterest boasts 478 million active monthly users, making it one of the most prominent social networking platforms on the planet (Pinterest, 2021).

It is presently the world’s fourteenth most popular social networking platform.

Despite having far fewer users than industry leaders like Facebook, which has 2.8 billion active monthly users, Pinterest’s user growth trajectory has been fairly spectacular when considered to other social media heavyweights like Twitter, which was founded only a few years ago.

Gender demographics are one of the most important Pinterest statistics to examine. According to statistics, Pinterest is a largely female platform, with seven out of ten users being female (eMarketer, 2018).

As per recent research, female users make up 77.1 percent of the entire audience on the network (Statista, 2021).

Females are not just the majority on Pinterest, but they are also highly active, with males accounting for only 7% of total pins.

Because this has been the norm for so long, it appears that the tide is turning, and we will soon see a new wave and a shift in these Pinterest demographics.

The number of guys using the platform has increased significantly according to Pinterest. In 2020, male audiences increased by 40% year over year, bringing a surge of new pinners to the website.

Pinterest’s greatest user base is in the United States, where it was developed and is headquartered, but its reach has now expanded globally.

There are several reasons for Pinterest’s success, and a large part of it has to do with what users use it for. According to studies, 49% of those who use Pinterest do it primarily to be entertained (Statista, 2019).

One-third of Pinterest users in the United States say they use this platform to track brands and other businesses, which is the 2nd most prominent factor.

85 percent of Pinners said they utilize the platform to brainstorm new ideas.

Pinners are planners in large numbers, and they typically utilize the platform in the early stages of a project.

Other popular causes for Pinterest’s popularity include:

Some people want to expand their professional networks.

Obtaining information and maintaining contact with friends and relatives

The majority of people who use Pinterest do so for the purpose of buying. Our next point goes through this in further detail.

Pinterest’s tremendous influence on consumers’ purchase decisions is one of the principal factors marketers should consider as a go-to platform.

If you’re still not convinced, consider this interesting Pinterest shopping statistic: 82 percent of active Pinterest consumers claim to have purchased things based on the brand’s content on the platform. In a different light, that’s eight out of 10 Pinners!

Regardless of what you’re selling: traditional stuff like the finest presents for employees or unusual products, Pinterest is for you.

This means that nearly all Pinners don’t look for particular brands when surfing the website, making it simpler for new and small eCommerce businesses to compete on an equal footing with the “giants.”

After all, the large number of people looking for unbranded material suggests that the bulk of Pinners are seeking fresh ideas and inspiration.

Users can use the platform to not only discover new things but also to shop for those they already own.

When compared to other platforms, Pinners are 55 percent more likely to buy a product after watching a picture or video on Pinterest.

Pinterest has a devoted website where they offer ideas to businesses wishing to advertise their products and brands on the platform in order to inspire more companies to market on the platform.

According to research on the top social media platforms utilized by marketers worldwide, 25 percent of marketers utilize Pinterest to promote their brands (Statista, 2020).

Pinterest, however, is chosen over other prominent social media platforms such as TikTok & Snapchat, which together account for 5% of the market.

Pinterest’s weekly conversions increased by 300 percent year over year, with a rise in attributed conversions such as “add to cart” and “checkout.”

Part of this success is due to Pinterest’s recent features that make shopping on the platform easier.

Pinterest has a web and mobile app, but the mobile app accounts for 85 percent of all traffic, according to the business.

This isn’t surprising, given that mobile devices account for more than 50% of all internet traffic.

These figures serve as a clear warning to brands & marketers to make sure their content is mobile-friendly.

Pinterest demographics are rising 40% for Gen Z Pinners & 35% for Millennials year over year.

As more firms race to curate their products & services to target the youth, this demonstrates that the website has become more appealing to the younger age.

Furthermore, according to recent statistics, the proportion of Pinners under the age of 25 grew twice as quickly as users over the age of 25. (Pinterest, 2020).

Pinterest cites several causes for the rise in the number of younger Pinners, including the following:

Furthermore, research shows that 80 percent of Millennial women in the United States use Pinterest.

Approximately four out of every five Millennial American women are using the platform. According to the same report, 80 percent of all US mothers are also avid Pinterest users. (2020, Pinterest)

“We plan to increase our foothold in existing foreign markets and are delighted to enter new regions in Latin America during the first half of [2021],” the company writes in a letter to shareholders as it identifies Western Europe as its biggest and rapidly growing user base. (2020, Pinterest).

10.38% of Pinners have completed a college education.

While Pinterest is used by 28% of US adults, it’s worth noting that 38 percent of individuals have a college diploma or have completed some college courses.

We hope you like the facts and figures mentioned in this article and that it has helped you understand the importance of this social media platform a little better. Let us know your thoughts or feedback in the comment section below.

The rest of the source links are not hyperlinked in the reference website.