The results of these tests provide a detailed view into how your topology behaves under different conditions and can help you optimize its performance.

What Is Storm Proxies?

Storm Proxies was founded in 2016 by a group of SEO experts. The service mainly provides back-connect proxies that constantly change IP addresses.

All of their proxies are anonymous, completely secure and can be used with any software or tool you choose to use on your online business. They have the largest range of proxy types available for people who are serious about their online business. 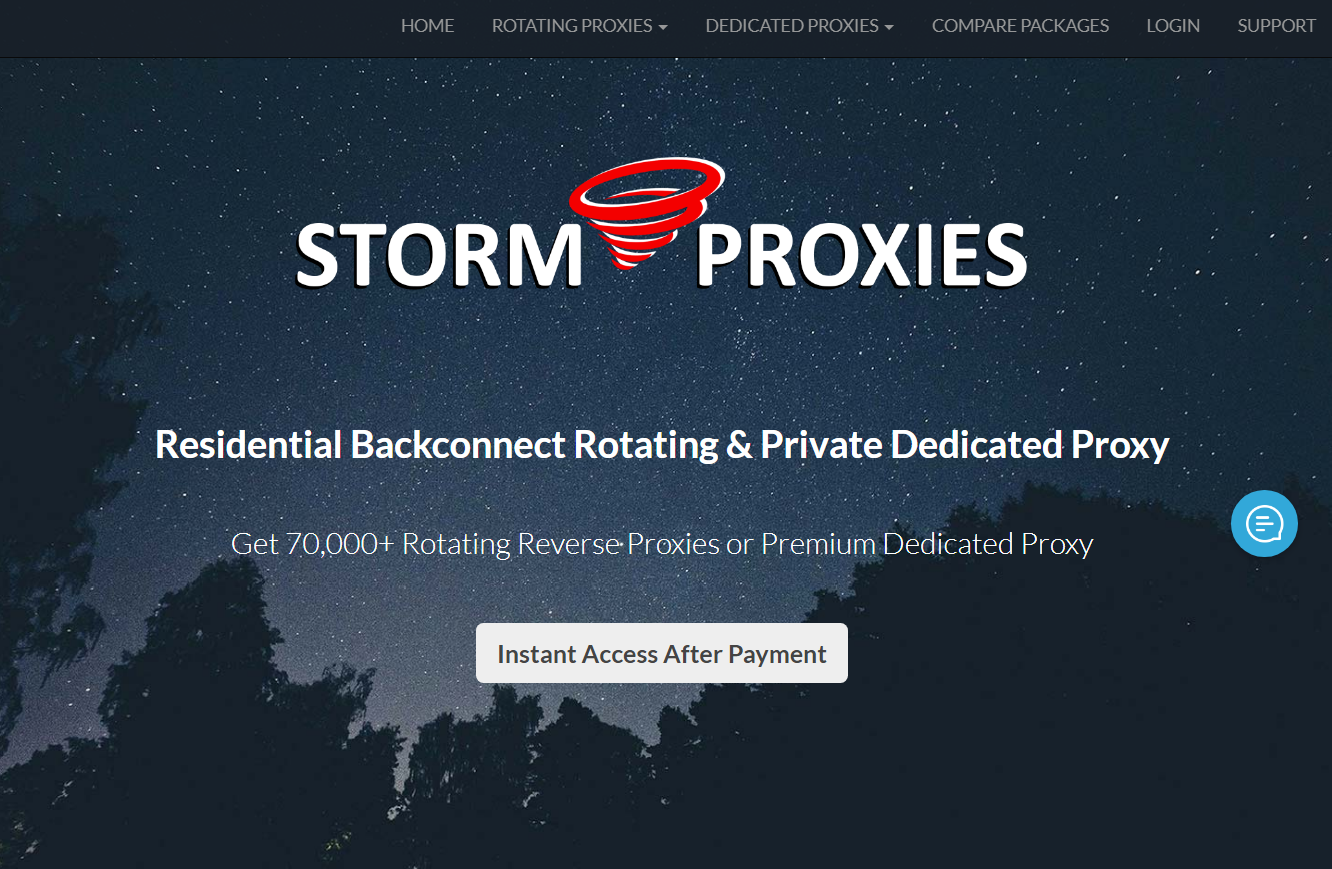 They offer proxies to fit every need, whether you need them for e-commerce, SSL inspection or just the raw speed advantage. Their proxies are constantly changing IP addresses so that they remain anonymous and each proxy has unlimited bandwidth.

Their VPN services are world class and unblock everything including Netflix, Hulu & HBO Go!

We tested Storm Proxies’ rotating backconnect proxies for this year’s Proxy Market Research. This involved making more than 2 million connection requests over a period of three weeks. Our main target was a Cloudflare server in the US. Results with individual websites might differ, depending on your web scraper configuration and other factors.

We wanted to test the provider’s residential proxies but were fooled by the outdated documentation. So, we benchmarked its mixed residential and datacenter pool instead.

What we found failed to impress.

Storm Proxies doesn’t have a large IP pool. Over three weeks, we received a little over 84k unique IPs, or one every 20th successful request. Most of them came from residential devices, even though a substantial part (15%) used datacenter connections. The dominant protocol was IPv4, as usual with residential proxy providers.

From over 2 million requests we made, only 68% managed to reach the target – significantly fewer than the market average. Mind you, we were accessing a website with no botting protection whatsoever, so this was mostly caused by the proxy server. Here are the main errors we encountered:

What about the speed?

Again, not the best results. However, these aren’t the slowest IPs, either: GeoSurf’s results are very similar, and SOAX is slower still.

Looking at the results, the proxy server’s success rate had significant deviations but managed to keep within the instability threshold. In other words, it was stable in its instability.

Finally, we put the proxy server under load. At 400 requests per second, it simply fell apart. You likely won’t be able to do high-intensity web scraping with it.

Storm Proxies is a high-quality proxy service that provides fast and reliable proxies for users. In our performance tests, we found that the proxies were able to bypass most firewalls and deliver content quickly.

We also found that the customer support was excellent and they were able to help us with any issues we had. Overall, we highly recommend using Storm Proxies if you are looking for a quality proxy service.