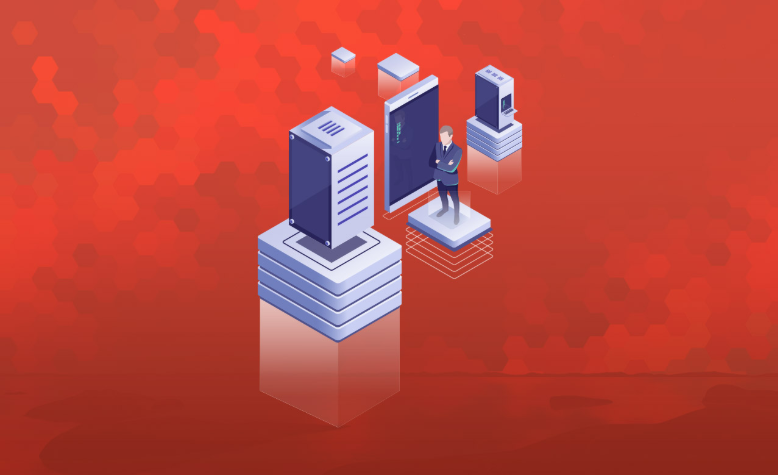 Cloud technology is swiftly making massive inroads in the web hosting industry and has quickly became one of the top choices of the users. It has transformed the conventional hosting norms and has emerged as the next big thing in web hosting market.

That is why for the same reason, Cloud hosting is seen as the most adequate platform for hosting Laravel applications. Its scalable solutions allows developers to easily host Laravel apps that requires speedy performance all the tim.

So, leading the Cloud hosting industry by exemplary means, Cloudways is ranked in the market as one of the top Cloud hosting platform for hosting Laravel applications. Its rich features makes it one of its kind in the market, and gives it an elusive edge among its industry competitors. Making the case specific for hosting Laravel apps, the platform is pretty good in terms of security, performance and optimized web tools. In this post, we have featured Cloudways Laravel Hosting Review 2021 that includes detailed insights of its features, functionality, pros & cons and more.

Cloudways Laravel Hosting Review 2021: Is It Worth Your Money??

A Little About Cloudways

Over the years, Cloudways has emerged as one of the most advanced Cloud hosting in the market. Its innovative features makes it a top choice for developers, designers, ecommerce store owners, agencies and other web entities. It provides small and medium sized businesses an opportunity to easily deploy web applications on top Cloud servers including AWS, Digital Ocean, Vultr and others.

It provides complete managed hosting platform that makes easy for developers to deploy, maintain and configure web apps. Having more than 60+ global data servers, Cloudways has a footprint in almost all regions, giving users the ease to deploy their apps from any part of the world.

Making the developers life easy, Cloudways allows one-click hosting of web applications on platforms like WordPress, Joomla, Drupal, Magento and others. Moreover, the platform allows users to easily scale resources according to their needs and requirements. This makes server configuration very easy for developers while launching an app, as they are totally in control of scaling and choosing resources depending upon the needs of the project.

Top Cloudways Features That Makes it a Perfect Laravel Hosting

Here are the top 5 features of Cloudways that makes it a top most platform for hosting Laravel applications.

Cloudways provides its users a pre-built stack of tools called Thunderstack. It integrates some of the top web tools that helps increasing web performance and speed of the web applications. The stack includes many optimized resources including Nginx, Redis, Memcached, Varnish, PHP7 and others.

These web tools comes pre-installed on your server once you launches it, making easy for the developers not to waste time in configuring these tools manually. However, you can always change the configuration of these tools according to your project preferences, as you can easily enable/disable them right from the Thunderstack. 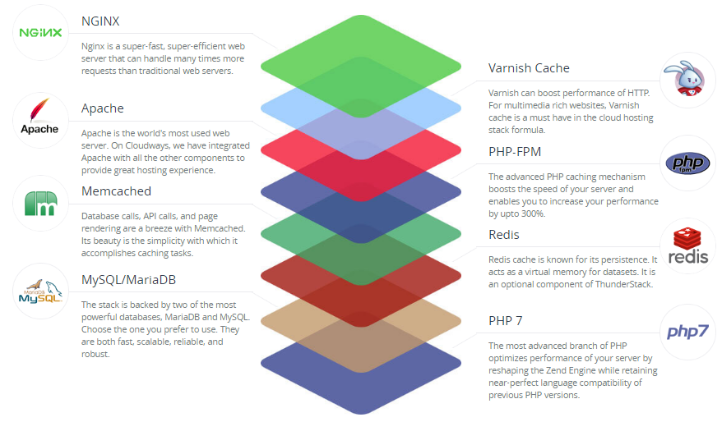 While not only making this tools available by default, the platform provides complete documented guide to let developers understand the usage of these tools and their manual configurations.

Especially for the Laravel, these web tools help applications get blazing fast speed and top notch performance on the web. In short, it’s a complete stack of resources that allows you to optimize your website right from the core.

With Cloudways, users can easily install server and apps in just one click. The platform is developed in such a manner that it makes easy for the developers to launch Laravel applications within minutes. You can install core PHP files & preferred libraries of the framework, and can optimize database queries very easily for tuning MySQL performance. Just signup on Cloudways and choose your desired cloud server & app, your projects gets ready within minutes configured with all the initial settings.

Likewise above, few administrative jobs are also easily manageable on the platform. Built-in features like SSL-certificate management and domain mapping makes developers job easy and saves lot of time for other operations.

Cloudways ensures user data redundancy by its automated backup feature. The platform takes regular data backups, so that in case of any accidental failure users can easily recover their data from the platform. To ensure this redundancy, Cloudways takes data backups on its different servers. So, that if one server goes down, the data gets recovered from the other server.

Besides this, Cloudways also provides an automated reporting tool called Cloudways Bot. It gives complete monitoring for the applications, keeps users notified about the updates and other occurring issues. It provides regular updates about server status, backup and app upgrades, making it a very handy monitoring tool for the developers.

To ensure maximum speed and performance for the Laravel apps, Cloudways provides pre-configured PHP-FPM and Varnish tools in its platform. Both of these tools are known for increasing app performance on the web, which is what Cloudways takes care about.

The platform provides a custom UI panel, from where users can configure PHP-FPM and Varnish settings. Configuring these tools appropriately, developers can optimize caching speed of their applications, making the load speed faster. You can also exclude some URLs from caching, which you don’t wish to be on list and can set specific permissions from the panel.

While to setup CRON jobs, the platform provides easy steps to setup regular CRON operations. Just go to the CRON Jobs Management Tab, and specify your script URLs and execution timings, the platform takes care of the rest.

Test Your Apps on Staging Environment

To test apps on the staging environment, a default sub domain comes pre-installed on your server as soon as you launch the application on the platform. While, developers are also allowed to create additional areas for staging, depending on their app needs.

So, summarizing the above shortly, Cloudways is a complete managed hosting platform for deploying Laravel apps with utmost ease. Its advanced features makes it one of its kind in the hosting industry. As it not only provides a managed platform to host applications, but also provides some innovative web tools that helps in optimizing website performance.

Moreover, the platform contributes heavily in the tech world, providing useful blogs and guides about the upcoming Laravel and other framework updates. While, for the budding developers who doesn’t have much technical knowledge about the hosting, the support guides provided by the platform are always helpful.

That’s it, if you still have some more questions regarding this article, you can ask your queries below in the comments section.

Hey, Shubham Is Full-Time Blogger and SEO Geek, who loves to talk about SEO, WordPress and Blogging on his blog
GoTechBros.
He believes in helping others in every way possible. Get In Touch With Him On : LinkedIn, Twitter.