On this occasion, Vipul Garg, Co-founder, LetReach said – “With LetReach we have been able to help about 800+ websites re-engage its users from over 24 countries. With vCommission coming on board, we hope to scale our user base to 5,000+ and win a slew of marquee clients in the Ecommerce, Deals and Content space.”

“With LetReach, our aim is to help businesses reach the right user with the right content at the right time and via the right channel,” added Garg.

LetReach also has a major technology update planned to be released in the next week. The funds raised will be utilized in strengthening the technology and in expanding the company’s reach in both the domestic and international markets.

“In a rapidly evolving category of web push notifications, LetReach stands out as by far the most holistic solution with which any website can get started with push notifications in less than a minute,” says Parul Bhargava, CEO, vCommission.

“With the right subscriber on-boarding to a smart delivery of notifications to insightful data, LetReach has understood the entire lifecycle of a push subscriber the right way and have implemented it very effectively,” Bhargava added.

“With vCommission’s first hand experience in marketing & understanding the needs of a marketer, we believe we can expedite the process of building a great product that delivers a great usability,” said Rishabh Saxena, Co-founder, LetReach.

LetReach also becomes Delhi Angels’ first portfolio company as the deal got assisted & lead by Delhi Angels. “Startups today need to raise strategically to scale faster and get the right guidance. vCommission was the right fit for LetReach and hence, we connected them,” said Shivam Ahuja, Founder, Delhi Angels.

BloggersIdeas was the early adopter for the LetReach product. I am already using this product on my blog and it gave me great engagement on my blog. My traffic increased to 33% high after installing the plugin on my blog. There 2.0 version is coming soon and dashboard is really crazy. So wait for the update. 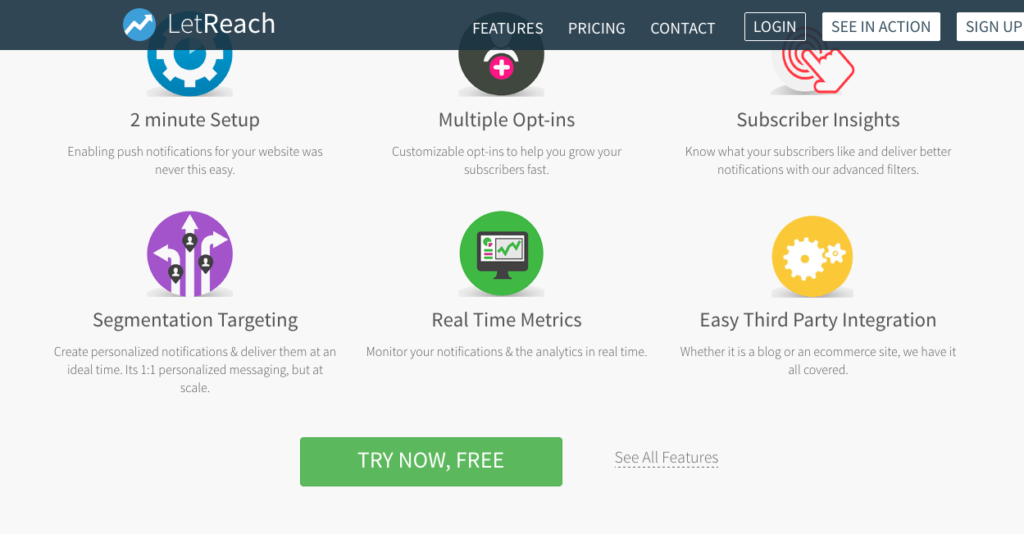 LetReach is a #MadeinIndia web push notification tool which serves about two million requests per day and is being used by 700+ websites across 24 countries. Web push notifications powered by LetReach can also be seen live in action here.

Headquartered in Gurgaon, vCommission is a performance based affiliate network which serves diverse online verticals for companies like Flipkart, Amazon, Snapdeal, PayTM, Makemytrip, Dominos, Qatar Airways, Airtel, SBI, etc. vCommission in India is a 100% subsidiary of a JV with a Tokyo stock exchange public listed company, Adways Inc. which is also the Asia’s biggest marketing agency.

About the Founding Team

Vipul is the Product & the Business guy who has worked with NASSCOM’s 10,000 Startups, My Refers where he undertook a number of startup ecosystem initiatives. Prior to this, he also co-founded an industry interface research group in college while pursuing his engineering degree.

Rishabh is a technologist and an ethical hacker who has been included in Microsoft’s Hall of Fame for finding a security bug. Rishabh has also worked with NASSCOM 10,000 Startups program and the TLabs accelerator.

Akshay is a full stack developer and has created a number of web and mobile apps for other companies during his engineering.

Since their Engineering days, the trio undertook and executed a number of freelance assignments on Web Development, Product Management, SEO and Security, serving a range of clients in North America.